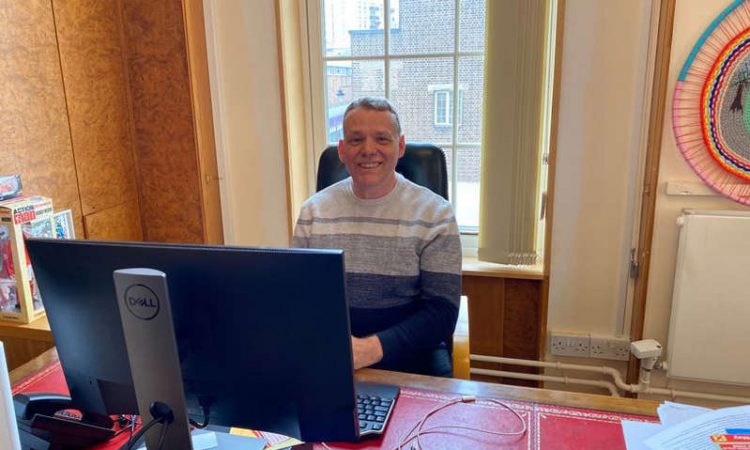 A new ‘£10 billion’ train linking Barking to Beijing in 36 hours should be built to boost the UK economy, an East London council leader has said. Barking and Dagenham Council Leader Darren Rodwell said the train line would open trade links between East London and the rest of the world, boosting GDP.

In an interview with the Local Democracy Reporting Service, Darren Rodwell said Barking and Dagenham had huge potential as a trading hub if it got the infrastructure investment needed. The East London borough is one of the most deprived in the UK and is expected to be hit hard by the cost of living crisis.

Mr Rodwell said: “We have a freight train terminus sitting there that’s not really being utilised – so already there’s goods. So the socks we are wearing, 90 per cent of them come from Yiwu in China, they come on the train that comes into Barking. Which sounds a bit bizarre, but it does.

Darren Rodwell said he wanted to work with the government and the private sector over the next few months to get the scheme off the ground to connect East London with the rest of the world. He added that by linking Barking and Dagenham to the international rail network, it could reach across Asia and Africa.

“You’ll be able to go from Barking, in effect, to Beijing in 36 hours. I mean, that is not bad… We are the location that is connected to most of the world’s economies, and that’s got to be utilised. It’s greener, it’s cleaner and it’s quicker than shipping.”

Councillor Rodwell also said that although the plans may seem ambitious, Barking and Dagenham was successful in attracting multi-million pound film studios as “London’s Hollywood” as well as setting up free ports and free markets in the borough.

admin6 months agoJune 11, 2022
113
Russia’s invasion of Ukraine and its effects on commodity markets, supply chains, inflation, and financial conditions have steepened the slowdown...