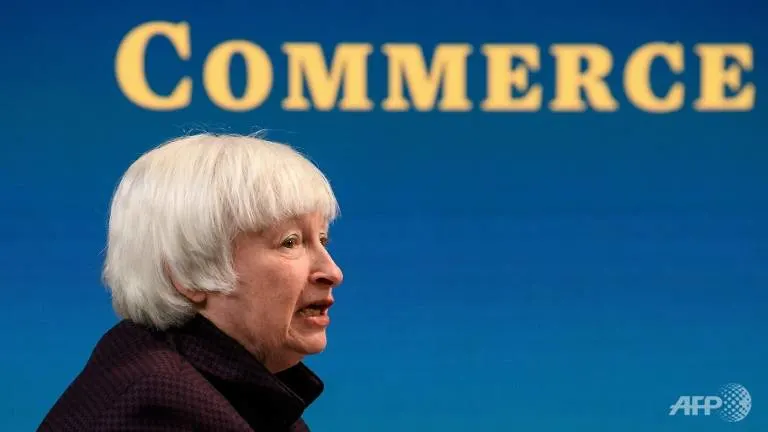 WASHINGTON: US Treasury Secretary Janet Yellen told her G20 colleagues on Friday (Feb 26) that Washington is dropping a push for a controversial provision in a global digital tax, opening the door to a likely agreement.

The US shift – part of a broader repositioning by President Joe Biden from the “America First” agenda of former President Donald Trump – prompted immediate praise from Germany and France, which said a deal was now “within reach” following the US pivot.

Yellen announced at the G20 finance ministers meeting that US officials “will engage robustly” in the talks and “is no longer advocating for ‘safe harbor’ implementation of Pillar 1,” a Treasury official told AFP.

The Trump administration had insisted on a so-called safe harbor clause in the OECD tax that effectively would have allowed big tech companies to comply voluntarily, blocking progress on a deal.

The Organization for Economic Cooperation and Development has been working on a multilateral agreement that would include a global minimum corporate tax rate on tech giants.

The aim is to find a common solution to address the policy dilemma of how to tax profits earned in one country by a company headquartered in another that offers more favorable tax treatment.

European officials said the US shift was an important breakthrough.

“This is a giant step forward on our path towards an agreement among the participating states by the summer,” German Finance Minister Olaf Scholz said in a statement following virtual talks with his G20 counterparts.

French Economy Minister Bruno Le Maire said a deal should be reached by summer, calling for negotiations to be “concluded without delay.”

France in 2019 approved a tax on tech firms like Facebook, Amazon, Apple and Google, which were accused of moving their profits offshore.

Paris suspended collection of the digital services tax through the end of 2020 amid the OECD talks.

But the measure had drawn sharp criticism from the Trump administration, which had planned to enact tariffs on French goods, but called off the levies in early January before leaving Washington.

Yellen had signaled the likely US shift during her January Senate confirmation hearing, saying she supported efforts to ensure corporations pay their “fair share” and to remove incentives for companies to offshore activities.

In November, some 75 major tech players, including Google and Facebook, backed a French initiative committing them to making a “fair tax contribution” in countries where they operate.

Without an accord, companies face the risk of a proliferation of national laws that could have led to double taxation.

admin6 months ago
52
A new '£10 billion' train linking Barking to Beijing in 36 hours should be built to boost the UK economy,...

admin6 months ago
51
US economic growth is set to outpace China this year for the first time since 1976, Bloomberg reported on Friday,...