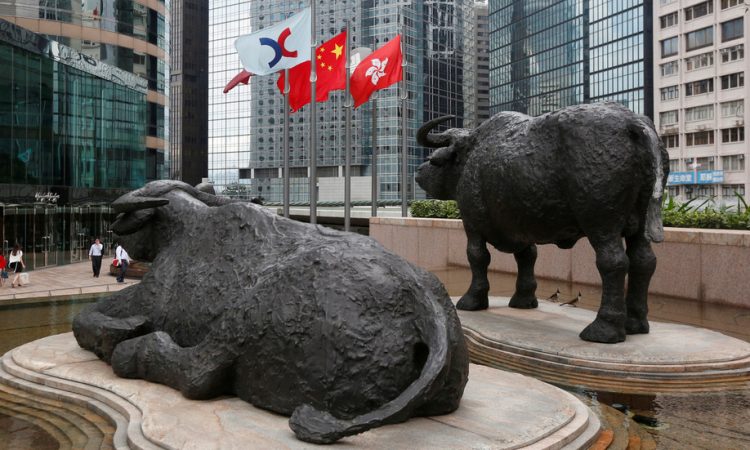 Stock trading volumes on the Hong Kong Stock Exchange have seen enormous growth this year. They are now four times greater than the daily turnover on the London Stock Exchange.

More and more investors, both foreign and those from mainland China, set their sights on Hong Kong during the pandemic as Chinese companies faced pressure in the US markets during Donald Trump’s presidency. With Trump no longer in office, the city’s stock exchange, sometimes dubbed the “Nasdaq of Asia,” continues to attract more capital, new figures show.

Hong Kong trading has reached almost 60 percent of the volume on the New York Stock Exchange (NYSE), the world’s biggest stock market. The NYSE’s average daily turnover over the same period was $44 billion.

London recently lost the title of Europe’s largest stock market to Amsterdam as a result of Brexit. Average daily trading on the LSE halved from €17.5 billion ($21 billion) to €8.6 billion ($10 billion) last month, according to data released by the CBOE exchange.

Global investors have poured nearly $50 billion into shares listed in Hong Kong so far this year. The exchange is the fourth-largest in the world in terms of the total market cap of listed companies, behind the NYSE, the Nasdaq and the Shanghai Stock Exchange.

The Hong Kong Stock Exchange had one of its largest tech IPOs in nearly two years earlier this month, when Chinese TikTok rival Kuaishou went public, raising over $5 billion. At the end of 2020, JD Health International raised about $3.5 billion in Hong Kong, becoming the largest IPO for the hub during the pandemic year.

admin6 months ago
88
Source : insurancejournal.com France’s financial sector is now the most popular destination in Europe for U.S. backers, helping the country...

admin6 months ago
92
Source : cityam.com London has retained its crown as Europe’s most attractive city for foreign financial services investment as investors...

admin6 months agoJune 4, 2022
53
When Biden sent a delegation to Caracas in early March, rumors began to circulate that the U.S. was considering reopening relations with...

admin2 years agoMarch 5, 2021
197
The United Kingdom should introduce special visas and overhaul its stock market rules to allow entrepreneurs to keep control of...