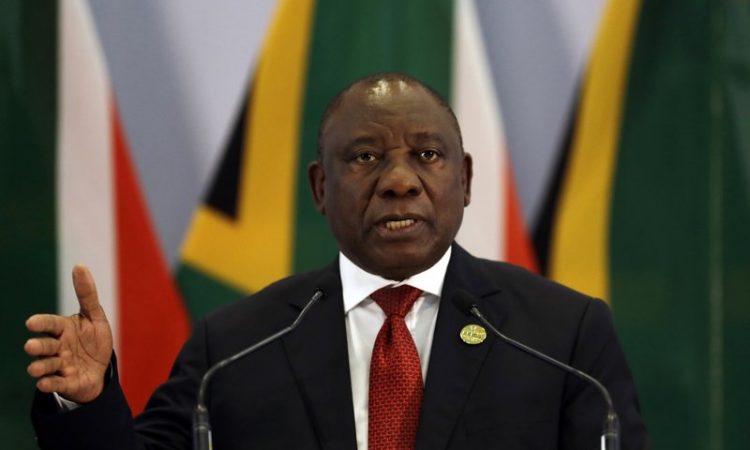 PRESIDENT Cyril Ramaphosa says the measures the government is putting in place to revive the economy are expected to return around R200bn to the country’s annual output.

“If we achieve our target, we will significantly expand our productive economy, potentially returning more than R200bn to the country’s annual output,” he said.

Ramaphosa was delivering his fifth Sona in parliament on Thursday evening.

He said supporting a huge increase in local production and to make South African exports globally competitive was the second priority of the economic reconstruction and recovery plan announced last October.

“This will encourage greater investment by the private sector in productive activity,” he said. “Key to this plan is a renewed commitment from government, business and organised labour to buy local.”

This commitment, he said, would lead to increased local production, which would in turn lead to the revival of the manufacturing industry.

Ramaphosa said all social partners who participated in the development of the Economic Reconstruction and Recovery Plan as part of the social compact have agreed to work together to reduce reliance on imports by 20% over the next five years. They have identified 42 products ranging from edible oils to furniture, fruit concentrates, personal protective equipment, steel products and green economy inputs that can be sourced locally, said Ramaphosa.

He reminded MPs that last year the government undertook to create a larger market for small businesses and to designate 1,000 locally produced products that should be procured from SMMEs.

He said as the Covid-19 pandemic forced the closure of global value chains, they have been able to speed up this initiative as the local supply chains became open for locally manufactured products.

To this end, the cabinet approved the SMME focused localisation policy framework which identified the 1,000 products, he said.

In addition, the departments of small business development and trade, industry and competition are supporting SMMEs to access larger domestic and international markets, said Ramaphosa.

In his Sona last year, Ramaphosa said his vision for industrialisation was underpinned by sector master plans to rejuvenate and grow key industries.

On Thursday, he announced that four master plans which are part of the social compact between labour, business, government and communities had been completed and signed and had already had an impact in their respective industries.

“Through the implementation of the poultry master plan, the industry has invested R800m to upgrade production.

“SA now produces an additional one million chickens every week,” he said to applause from the few ANC MPs in attendance.

The sugar master plan was signed during the lockdown, with a commitment from large users of sugar to procure at least 80% of their sugar needs from local growers.

Through the implementation of the plan, last year saw a rise in local production and a decline in imported sugar, creating stability for an industry which employs some 85,000 workers, said Ramaphosa.

Support for black small-scale farmers was also being stepped up, with a large beverage producer committing to expand its procurement sharply.

Ramaphosa said since the signing of the clothing, textile, footwear and leather master plan in November 2019, the industry has invested more than R500m to expand local manufacturing facilities, including SMMEs.

The government was also working closely with the vehicle sector to help it weather the pandemic. “By the end of the year, the sector had recovered around 70% of its normal annual production, in difficult circumstances,” he added.

Nearly half of the procurement spend on construction of the bulk earthworks and top structure at the Tshwane Special Economic Zone during this phase is expected to be allocated for SMMEs.

Procurement opportunities are envisaged to be around R1.7bn.