HomeEconomyEntrepreneurs in Africa have great ideas. This will help them compete on a global stage
Economy
admin2 years agoFebruary 9, 2021no commentNo tags 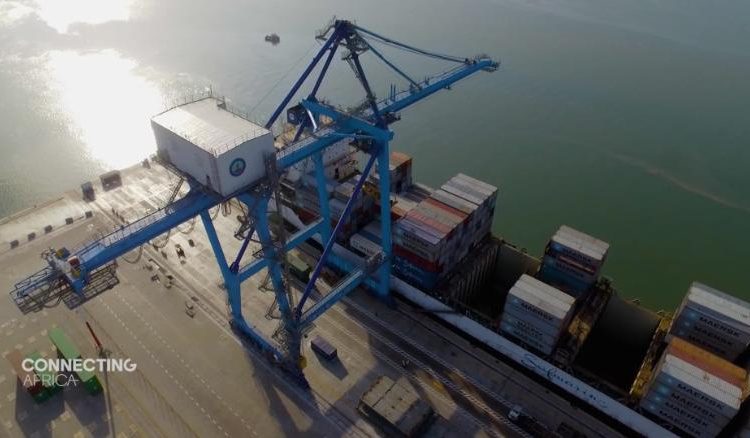 Eleni Giokos is a CNN correspondent based in the network’s Johannesburg bureau. The opinions expressed in this commentary are her own.

Last month, I decided to treat myself to a pair of Kenyan-made Enda running shoes. I’m no marathon runner, but lockdown has inspired me to up the ante in my exercise regimen, and who better to trust with my feet than Kenya, home of the kings and queens of distance running?

My Endas cost 13,000 Kenyan shillings, which is around $117 US — not exactly cheap, but it still undercuts a few big-name competitors.
However, there was a catch: Delivery service DHL said it could only dispatch the shoes to my home in South Africa if I paid 879 South African rand — around $58 — in import tariffs. That’s about half the value of the shoes. The import duty priced out the African-made shoe and handed the advantage back to Enda’s big global competitors.
As it happens, I went ahead with my order, but others may have been put off. In many ways, it summed up the experience of high costs and logistical challenges that has held back intra-Africa trade.
Back in 1990, Africa’s intra-regional trade languished at around 5% of total African imports, according to the International Monetary Fund. That had improved to 12% by 2017, but there it has remained, well below intra-Asia and intra-European trade. Africa trades far more with Europe than it does internally.
Luckily, that may be about to change. In 2018, the idea of a single trading bloc was catapulted into reality when 24 African nations ratified the Africa Continental Free Trade Agreement (AfCFTA).
West African countries choose new ‘ECO’ single trade currency
This commitment by African nations is significant — it aims to eliminate 90% of tariffs, open borders and make it easier to do business. This sort of agreement could be exactly what the continent needs. The dream is to promote “Made in Africa” — a unifying cause where African nations can excel and propel each other onto the global stage.
For example, transporting goods between nearby African countries can take longer than importing from the United States because US goods arrive by sea and air. Poor road infrastructure contributes to the slow pace, but the bigger issue is the different rules that apply at every border post. And goods must be checked, and tariffs paid. A broad trade agreement would remove significant friction from intra-Africa trade.
What’s more, all of this is completed on paper, with little tech available at border posts.
The AfCFTA plans include equipping countries with a tech platform to speed up this process, smoothing passage through Africa’s borders. One Stop Border Posts (OSBP) are starting to spring up, easing congestions and bureaucracy, with the East African Community leading the way. OSBP are checks done in one country that will allow access into another neighboring country without needing another check. Currently, checks would be done for example in South Africa, then Botswana then again in the Democratic Republic of the Congo, then a final check in Rwanda. But under an OSBP rule, one check would be on goods exiting South Africa and those documents would be viable to cross other borders without requiring new checks.
Logistics aren’t the only issue. Remarkably few African countries have finished products to export. To the profound detriment of economic growth, true industrialization has yet to take off on the continent.
A Pan-African free trade deal just came into force
Streamlining trade will certainly make it better but road infrastructure and other physical infrastructure needs upgrading and investment to truly make a dent.
A commodity-producing country can only truly reach its full economic potential if it participates in the entire value chain. The steps involved in taking raw materials to finished product are manifold, but across Africa that journey often ends at the beginning of that process.
One eye-widening example of this is cocoa: Just two African countries — Côte d’Ivoire and Ghana — produce 70% of the world’s cocoa, but Africa makes very little chocolate. Why? Most of the continent’s raw cocoa beans are exported to Europe and the United States, where they are processed and turned into chocolate. African countries then reimport the final product.
The lack of manufacturing capacity in many African countries has meant that raw materials are processed in other countries. Some have blamed multinationals controlling supply chains to governments not incentivizing business to process locally. The cost of building factories from scratch and intermittent electricity supply has also contributed to the challenges of successfully competing with more mature markets. Those costs can be driven down by increasing the continent’s manufacturing base with raw materials processed closer to the point of origin.
Clearly, with a population of over a billion people and an economy estimated at close to $3.4 trillion, the consumer base exists in Africa for the continent to manufacture its own goods. So how does the continent become self-sufficient? What will it take to enable processing plants, factories and manufacturing to take off in Africa?
A Black woman will be the world’s top trade official for the first time
If Africa was more connected and was able to make its own goods and facilitate trade across its borders, economic prosperity would surely follow.
Trailblazing businesses have been rising across the continent, from mega factories to niche companies capitalizing on local commodities — all betting big on their home turf. Companies like Vodaphone, General Electric and Volkswagen are also making significant investments in the continent.
Multinational companies predict Africa’s consumer potential is yet to be truly tapped, and now global companies will be increasingly competing with local players that aim to produce, process and supply goods into their own marketplace.
My Enda shoes are the first made-in-Africa high-performance shoes. For a continent that is known for producing world-renowned track, basketball and soccer stars, such a product has been a long time coming. Perhaps in the future other entrepreneurs’ great ideas will not only reach their full potential faster, but also find a customer base across Africa that will help them take on the world.