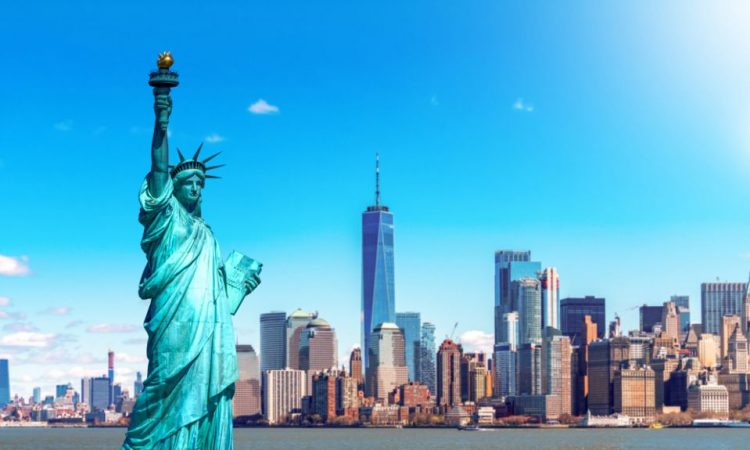 New York has topped the Global Financial Centres Index (GFCI), while London retained the second spot, but the capital made some ground closing the gap between the two, gaining 24 points leaving only a four point difference.

Meanwhile, Shanghai overtook Tokyo beating it to the third place, with a one point difference. Hong Kong and Singapore took 4th and 5th place respectively. Beijing, San Francisco, Shenzhen and Zurich rounded up the top 10 on the latest index. Los Angeles and Geneva dropped out the top 10, replaced by Shenzhen and Zurich.

Within the top 30 financial hubs, Luxembourg, Boston, Seoul, and Madrid rose by more than five places.

Financial centres in Western Europe had a mixed performance on GFCI 28 after appearing strong on the 27th edition, dropping an average of 21 points (3.17%), with 15 hubs rising in ranking and 12 falling.

In the Asia/Pacific region, 10 centres fell in ranking and 14 rose, indicating a “level of confidence in the stability of Asian centres and their approach to sustainable finance.” Taipei, Chengdu, and Qingdao all jumped more than 30 places in the rankings.

Hubs in North America, fell by an average of nine points, or 1.3%, reflecting the least change in ratings across all sectors, with Boston, Washington DC, and San Diego all improved five or more places in rankings. Out of the 11 hubs in the region, six have made it to the top 20, compared with four in GFCI 27.

Ratings across all the centres in the Eastern Europe/Asia region fell in the GFCI 28, after a strong performance in GFCI 27. Only three of the 16 centres in the region — Moscow, Istanbul, and Athens — improved their rank, with Sofia, Baku, and Almaty falling over 30 ranking places from GFCI 27 to GFCI 28.

The Middle East/Africa region saw the ratings of all 13 centres fall, only Abu Dhabi, Mauritius and Cape Town improved in the rankings.

All the centres in Latin America & The Caribbean also dropped in ratings, with the average rating for the region falling 54 points — or 8.66%.

Furthermore, all the respondents were asked about the centres they consider will become significant over the next two to three years. Of the top 15 centres mentioned, 10 are from the Asia/Pacific region.

The 28th edition of the survey by City of London commercial think tank Z/Yen, in partnership with China Development Institute (CDI), measures the competitiveness of 111 financial hubs. It also conducts more than 54,500 assessments collected from 8,549 professionals working in the sector.

The impact of the coronavirus crisis was felt amid “rising economic uncertainty,” as the research showed that the average rating of centres dropped over 41 points — or 6.25% — from GFCI 27, published in March 2020. GFCI authors also said “geopolitical tensions and local unrest” also contributed to the drop in ratings.

Crucially, the volatility appears to have benefitted the top 10 as all increased their ratings. Of the next 40 hubs, 12 improved their ratings while 27 dropped. “This may indicate increased confidence in leading centres during the COVID-19 pandemic.”

GFCI 28 was compiled using 138 instrumental factors, with third parties including, the World Bank, The Economist Intelligence Unit, the OECD, and the United Nations, providing these quantitative measures.

admin2 years agoMarch 5, 2021
212
The United Kingdom should introduce special visas and overhaul its stock market rules to allow entrepreneurs to keep control of...