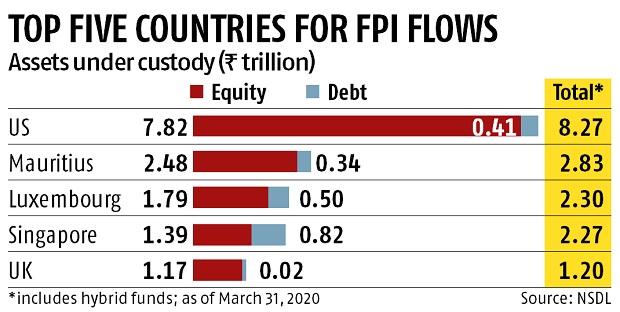 In February 2020, the Financial Action Task Force (FATF) identified Mauritius as a jurisdiction having strategic AML/CFT deficiencies and placed the country on the list of “Jurisdictions under Increased Monitoring”. On this basis, the European Union (EU) also concluded that Mauritius should be considered as a country having strategic deficiencies in its AML/CFT regime under Article 9 of its 4th Anti-Money Laundering Directive and has added Mauritius to its list of high-risk third countries.

The EU list is not yet final and needs to be submitted to the European Parliament and the EU Council of Ministers for approval, following which it will then become effective on 1 October 2020.

Consequences of being listed

As from the effective date, obliged entities in all Member States  of the European Union (which include financial services institutions, trusts, company service providers) will be bound to apply enhanced customer due diligence measures according to article 18a of the 4th Anti-Money Laundering Directive with respect to business relationships or transactions involving countries included in the list, including Mauritius. Furthermore, EU regulations also prohibit persons and entities implementing European Union funds or budgetary guarantees from entering into new or renewed operations with entities incorporated or established in countries listed in the Delegated Regulation, except when an action is physically implemented in these countries and subject to the absence of other risk factors.

Impact on the PE Industry

If made effective, the EU blacklisting would have severe repercussions for firms and investors that use Mauritius as a base of operations. Over the last 15 years, Mauritius has attracted a significant number of GPs and LPs on account of it being an ideal domicile, especially for funds and holding companies looking towards investments on the African continent and elsewhere. The country has implemented a distinct business facilitation programme to position itself as a financial center for cross-border investments in the region. Recently in 2018, the Mauritius government introduced additional requirements for registered funds and managers to enhance their local substance in order to match up to evolving international tax best practices.

It is apposite to note that a number of Mauritius-based private equity funds receive funding from development finance institutions (DFIs) including European DFIs. A blacklisting will not only make transacting with a Mauritius-based counterparty more onerous in terms of enhanced customer due-diligence requirements but would also make it impossible for European DFIs to continue to provide funding to Mauritius-based funds.

Mauritius has made a high-level political commitment to continue working with the FATF/ Eastern and Southern Africa Anti-Money Laundering Group to swiftly strengthen the effectiveness of its AML/ CFT regime through an agreed action plan and in the same vein, the Parliament of Mauritius has recently enacted the Anti-Money Laundering and Combating of the Financing of Terrorism (Miscellaneous Provisions) Act 2020 (Act).  The objective of the Act is to bring further reforms in the financial services sector in order to comply with the recommended international best practices and norms of the FATF. The Act amends 19 enactments with a view to reinforcing the existing legal provisions to further combat money laundering and the financing of terrorism, and to provide for matters related thereto.

Some of the key points that have been covered by the Act are set out below:

The Act introduces a legal obligation on applicants for incorporation or registration of companies, limited partnerships, limited liability partnerships and foundations to provide information about beneficial owners to the respective registrars upon incorporation or registration of such entities. Furthermore, companies have now the obligation to provide all basis information and beneficial ownership information to a competent authority (which has been defined as a public body responsible to combat money laundering or terrorist financing and includes an investigatory authority) upon request.

Another deficiency highlighted by the FATF is the shortcomings in demonstrating that the supervisors of the Mauritius global business sector implement risk-based supervision. The Act gives the regulators of both banking and non-banking financial institutions increased powers to carry out on-site inspections and examinations. The regulators must consider several factors including money-laundering risks and policies, internal controls and procedures associated with a licensee, money laundering or terrorism financing risks present in Mauritius and the characteristics of a licensee and the degree of discretion allowed to the licensee under the risk-based approach implemented by the regulators when determining the frequency and intensity of an inspection or examination.

The regulators have also been mandated to review the assessment of the money laundering or terrorism financing risk profile of a licensee (or its group for an institution licensed by the Bank of Mauritius) when there are major events or developments in the management and operations of the licensee (or its group).

The Act has amended various pieces of legislations including the Banking Act 2004, the Financial Intelligence and Anti-Money Laundering Act 2002 (FIAMLA) and the Prevention of Corruption Act 2002 (POCA) to provide for more severe or new penalties for non-compliance and breaches of AML/CFT laws which include the following:

The above changes coupled with a number of measures being taken by the regulatory bodies in Mauritius demonstrate the strong determination of Mauritius to meet the FATF recommendations and is in line with the high-level political commitment made by the country to improve its AML/ CFT regime. It is important to highlight that Mauritius is currently either compliant or largely compliant with 35 out of the 40 FATF recommendations and it has already met the FATF expectations in respect of the “Big Six Recommendations”. The Minister of Financial Services and Good Governance is hopeful that the EU will remove Mauritius from its list of high-risk countries within a timeline of 6 weeks once the country has adhered to the 5 pending recommendations of the FATF and is removed from the FATF list.

admin2 years agoMarch 5, 2021
212
The United Kingdom should introduce special visas and overhaul its stock market rules to allow entrepreneurs to keep control of...