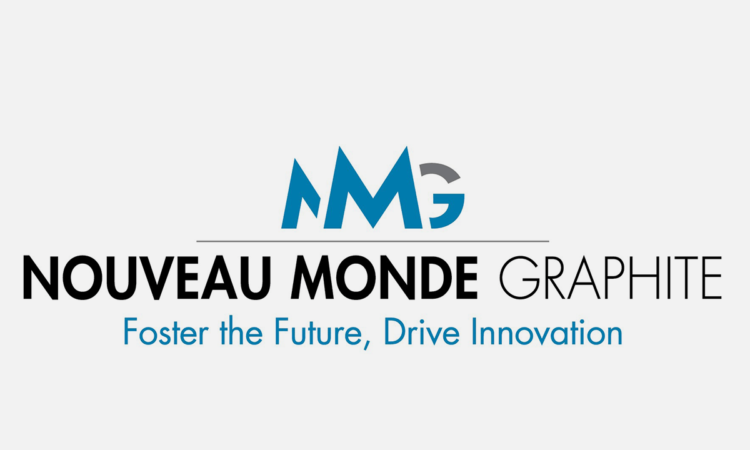 Nouveau Monde Graphite (“Nouveau Monde” or “NMG”) (TSXV: NOU; OTCQX: NMGRF; Frankfurt: NM9) is pleased to announce that it has successfully agreed with The Pallinghurst Group (“Pallinghurst”) financing transactions totaling C$20 million that will fund the next phase of NMG’s development. Nouveau Monde has entered into a convertible bond subscription agreement (the “Subscription Agreement”) with Pallinghurst pursuant to which NMG has agreed to issue to Pallinghurst a secured convertible bond in the principal amount of C$15 million (the “Bond Transaction”). Concurrently, Nouveau Monde has also entered into a royalty purchase agreement with Pallinghurst pursuant to which Pallinghurst has agreed to exchange the principal amount and accrued interest under its existing debt facility of approximately C$5 million into a net smelter return royalty (the “Royalty”) on the Matawinie graphite mining project, with a partial buy-back option for Nouveau Monde (the “Royalty Transaction” and together with the Bond Transaction, the “Transactions”). In addition, from the date of closing, Pallinghurst has agreed to a 12-month lock-up undertaking for its shares.

Eric Desaulniers, President and CEO of Nouveau Monde commented, “Through this financing solution, Nouveau Monde strengthens its balance sheet by approximately C$20 million. In addition, Pallinghurst is reiterating its long-term commitment to Nouveau Monde and to bringing the Matawinie graphite project to commercial production. The financial instruments chosen underline Pallinghurst’s vision and engagement for the next phases of our project. We are continuing to work with Pallinghurst, as partners, examining the best options to meet the full financing needs of NMG, for the benefit of all our shareholders.”

Andrew Willis and Arne H. Frandsen as the joint Managing Partners of The Pallinghurst Group said: “In these challenging markets, with COVID-19 putting constraints on capital availability, we are delighted that Pallinghurst has put together a C$20 million funding package for Nouveau Monde. This shows Pallinghurst’s firm commitment to the company, as well as to the natural graphite industry in general and to Québec specifically.”

The Convertible Bond is a three-year instrument for C$15 million. The principal amount under the Bond will bear interest at a rate per annum of 15%, payable annually commencing on December 31, 2020. Accrued interest under the Bond will be capitalized quarterly and added to the principal amount thereunder unless Nouveau Monde elects to settle any accrued interest with Pallinghurst at the end of a given calendar quarter, otherwise, the annual payment of any interest shall be made in cash or in shares at Nouveau Monde’s discretion. The principal amount, together with all accrued and unpaid or uncapitalized interest thereunder, will become payable on the date that is 36 months following the issuance of the Bond. Nouveau Monde’s obligations under the Bond will be secured by a hypothec in favour of Pallinghurst over substantially all of Nouveau Monde’s movable and immovable assets, subject to certain existing permitted encumbrances.

Concurrently with the issuance of the Bond, Nouveau Monde will issue to Pallinghurst common share purchase warrants entitling Pallinghurst to purchase up to 75,000,000 common shares of Nouveau Monde, subject to customary anti-dilution clauses, at a price of C$0.22 per common share for a period of 36 months from the issuance date of the warrants (the “Warrants“). The Warrants (and the underlying common shares) will be subject to a hold period of four months from the date of issuance of the Warrants in accordance with applicable Canadian securities laws.

The proceeds of the Bond Transaction will be used for the development of the Matawinie graphite property and general working capital purposes of Nouveau Monde.

Closing of the Bond Transaction is expected to occur at the end of August 2020 and is subject to closing conditions, including obtaining final regulatory approvals and approval from a majority of the minority shareholders of Nouveau Monde (the “Disinterested Shareholder Approval”), as well as to the concurrent closing of the Royalty Transaction.

Concurrently with the entering into of the Subscription Agreement, Nouveau Monde entered into the royalty purchase agreement whereby Nouveau Monde will issue and sell a 3.0% Royalty to Pallinghurst for an aggregate purchase price of C$4 million plus accrued interest as further described below. For a period of three years following issuance thereof, the Royalty will be subject to a 1.0% buy back right in favor of Nouveau Monde. The consideration to be paid by Nouveau Monde upon exercise of its buy back right will be equal to approximately C$1.3 million, plus an amount equal to interest accrual at a rate of 9.0% per annum from and after the closing of the Transaction up to the buyback date. Pursuant to the Royalty, Pallinghurst will have the right, for a period of three years following closing of the Transactions, to request that the Royalty be converted into a graphite stream agreement or other similar forward purchase agreement, provided that Nouveau Monde will not be required to complete any such conversion if such conversion could have a negative impact on Nouveau Monde.

Closing of the Royalty Transaction is also expected to occur at the end of August 2020 and is subject to customary closing conditions, including obtaining regulatory approvals and the Disinterested Shareholder Approval, as well as to the concurrent closing of the Bond Transaction.

Pallinghurst owns, or exercises control or direction over, more than 10% of the outstanding voting securities of Nouveau Monde and as such, Pallinghurst is a related party of Nouveau Monde, and the Transaction is considered to be a “related party transaction” for purposes of Multilateral Instrument 61-101 – Protection of Minority Security Holders in Special Transactions and Policy 5.9 – Protection of Minority Security Holders in Special Transactions of the TSXV. The Transaction is exempt from the formal valuation requirement on the basis of Section 5.5(b) as the securities of Nouveau Monde are not listed on any of the specified markets. The board of directors of Nouveau Monde has unanimously approved the Transaction, with Arne H. Frandsen and Chris Shepherd having declared a conflict of interest in, and abstaining from voting on, the matters being considered.

ABOUT Nouveau Monde Graphite
Nouveau Monde Graphite is developing the Matawinie graphite mining project, located in Saint-Michel-des-Saints, 150 km north of Montréal, QC. NMG’s Feasibility Study revealed strong economics with projected graphite concentrate production of 100,000 tonnes per year, with an average concentrate purity of 97%, over a 26-year period. Currently, Nouveau Monde operates a demonstration plant where it produces concentrated flake graphite, which is being sent to potential North American and international clients for the qualification of its products. In a perspective of vertical integration within the electrical vehicle market, Nouveau Monde is planning a large-scale secondary graphite transformation facility, catering to the needs of the booming lithium-ion battery industry. Dedicated to high standards of sustainability, the Matawinie graphite project will be the first of its kind to operate as an all-electric, low-carbon mine.

admin4 months ago
56
Source : insurancejournal.com France’s financial sector is now the most popular destination in Europe for U.S. backers, helping the country...

admin4 months ago
62
Source : cityam.com London has retained its crown as Europe’s most attractive city for foreign financial services investment as investors...

admin4 months agoJune 4, 2022
36
When Biden sent a delegation to Caracas in early March, rumors began to circulate that the U.S. was considering reopening relations with...

admin2 years agoMarch 5, 2021
180
The United Kingdom should introduce special visas and overhaul its stock market rules to allow entrepreneurs to keep control of...