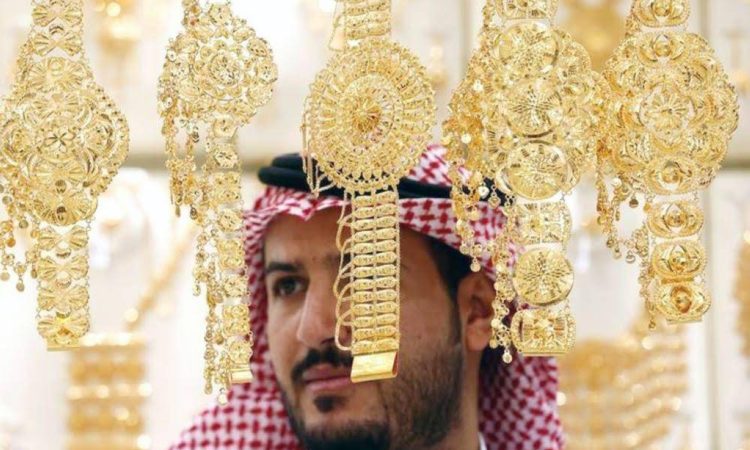 This increase attributed to the focus of the Vision 2030 on developing the mining sector and increasing its contribution to the economy, which Crown Prince Muhammad Bin Salman considered as “another untapped oil.”

According to the data, published by the Ministry of Energy, Industry and Mineral Resources, Saudi Arabia’s gold production rose five percent last year, equivalent to about 588 kg, as production was 11,770 kg in 2018, Al-Eqtisadiah business daily reported.

Saudi Arabia’s gold production increased by 176 percent, equivalent to 7,880 kg, in 10 years, as production was estimated at about 4,860 kg in 2009. The data shows a boom in mineral production in Saudi Arabia, in conjunction with the goal of Vision 2030 to develop the sector significantly.

The Crown Prince said in a previous television interview that the value of minerals in the Kingdom is $1.3 trillion (SR4.9 trillion), of which $240 billion (SR900 billion) is the value of gold only.

He stressed that it is difficult for the foreign or local investor to take risks in a new sector such as the mining sector. “Therefore, we have found that the lead must come from the Public Investment Fund.

“Part of the cash available from offering a stake in Aramco will provide an opportunity to invest in this new sector, of which only three percent has been exploited to date,” he noted.

During the interview, the Crown Prince expressed his dissatisfaction with the performance of this sector, despite the tremendous wealth that the Kingdom is storing in mineral savings and huge reserves of uranium, which represents 6 percent of the world’s total reserves.

“This wealth is another untapped oil, in addition to the wealth of gold, silver, copper, and other minerals, of which only 3 or 5 percent was exploited, and it was used incorrectly at a time when the mineral sector was supposed to represent the third pillar of the Saudi industry, in addition to oil, gas and petrochemicals so as to contribute to achieving more prosperity.

“Its goals are in conformity with the Kingdom’s development strategy, which is to diversify sources of income, provide employment and achieve comprehensive development,” the Crown Prince pointed out in the interview.

admin2 years agoNovember 26, 2020
206
BY: REUTERS CAIRO – Egypt has awarded 82 exploration blocks to 11 companies in an international bid round for mineral exploration,...