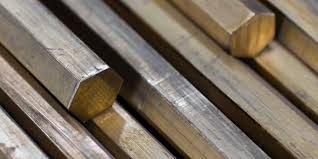 COEUR D’ALENE, Idaho–(BUSINESS WIRE)–Hecla Mining Company (NYSE:HL) today announced preliminary production results and its cash position at the end of the second quarter as well as a new investment by Investissement Quebec.¹

“Our quick actions at the beginning of the pandemic minimized impact on our operations and finances, so production and cash flow generation were strong this quarter,” said Phillips S. Baker, Jr., Hecla’s President and CEO. “Because U.S. mines are essential businesses and the other two mines returned to production in the quarter, we increased production and internally generated cash flow. This performance has allowed us to substantially reduce our revolving line of credit which we expect to be fully repaid by year end. Hecla produces one third of all the silver in the U.S., giving investors unique exposure to what we believe will be higher silver prices in the future.”

“Today’s announcement of the investment by Investissement Quebec is another example of why Quebec is one of the leading mining jurisdictions in the world. We are happy to have the province investing in five-year notes to fund Casa Berardi capital expenditures and replace existing bonds,” Mr. Baker continued.

Greens Creek exceeded expectations in the first half of the year due to higher grades. Lucky Friday is expected to increase production in the second half under the planned ramp-up to full throughput. San Sebastian production is as expected and should cease in the third quarter. Nevada has exceeded expectations due to higher grades but has limited non-refractory ore in the third quarter. Currently there is no estimate for the bulk sample production of refractory ore. Casa Berardi is expected to have higher production later in 2020 due to more high-grade underground production from the East Mine. Production outlook is unchanged at this time.

At the Greens Creek mine, 2.7 million ounces of silver and 13,104 ounces of gold were produced. Higher silver production compared to the second quarter of 2019, was due to higher ore grades as a result of mine sequencing. The mill operated at an average of 2,366 tons per day (tpd).

Operations at Greens Creek continue strongly, with the mine quickly implementing a 14‑day quarantine for all visitors to Admiralty Island, where the mine is located. This has helped protect the workforce from the potential spread of the COVID-19 virus, and with the addition of strict testing protocols the mine has now reduced the quarantine period to 7 days. This is expected to reduce the cost associated with protecting the workforce as well as reducing workforce stress.

At the Casa Berardi mine, 30,756 ounces of gold were produced, including 5,681 ounces from the East Mine Crown Pillar pit. The mine restarted operations on April 15 after the Government-mandated shutdown of operations due to COVID-19. The decrease in gold ounces compared to the second quarter of 2019 was expected due to the shutdown. The project to optimize the mill operations is making progress on many fronts and results are expected over the coming several quarters. The mill operated at an average of 3,595 tpd.

At the San Sebastian mine, 0.2 million ounces of silver and 1,331 ounces of gold were produced. The mill restarted on May 29 and the mine on June 6 after a Government-mandated shutdown of operations due to COVID-19. Silver and gold production were lower compared to the second quarter of 2019 due to lower ore grades, as well as the shutdown. Mining of oxide material is expected to be completed in the third quarter and milling in the fourth quarter of 2020. The Company continues to assess the viability of mining the sulfide Hugh Zone. The mill operated at an average of 528 tpd.

At the Lucky Friday mine, 469,537 ounces of silver were produced in the quarter. The mine has continued normal operations during the pandemic, with the ramp-up proceeding as planned. The #2 shaft hoist upgrade project is proceeding on schedule. The mine is expected to reach its full tonnage throughput rate by the end of the year.

On July 9, issued C$50 million (US$36.8 million) senior unsecured notes with a five-year maturity bearing a coupon of 6.5% to Investissement Quebec. The notes were issued at a premium of 103.65%, implying an effective annual yield of 5.74% and an aggregate principal amount to be repaid of C$48.2 million. The notes will be issued in four installments of C$12.5 million (US$9.205 million based on current exchange rate) on July 9, August 9, September 9, and October 9, 2020. Proceeds to be used for general corporate purposes, including open market purchases of the Company’s 7.25% notes due 2028 and capital expenditures at Casa Berardi.

Statements made or information provided in this news release that are not historical facts are “forward-looking statements” within the meaning of the Private Securities Litigation Reform Act of 1995 and “forward-looking information” within the meaning of Canadian securities laws. Words such as “may”, “will”, “should”, “expects”, “intends”, “projects”, “believes”, “estimates”, “targets”, “anticipates” and similar expressions are used to identify these forward-looking statements. Forward-looking statements in this news release may include, without limitations, (i) estimates of silver production for the second quarter of 2020 on a consolidated basis and at each of the Greens Creek, Lucky Friday, San Sebastian, and Nevada Operations mines; second quarter of 2020 gold production at Casa Berardi and Nevada operations; (iii) quarter-end cash position and revolver draw-down; (iv) expectations to fully repay revolving line of credit by year end and (v) expectations for higher silver prices in the future and higher grades at Casa Berardi in the second half of the year. The material factors or assumptions used to develop such forward-looking statements or forward-looking information include that the Company’s plans for development and production will proceed as expected and will not require revision as a result of risks or uncertainties, whether known, unknown or unanticipated, to which the Company’s operations are subject.

Forward-looking statements involve a number of risks and uncertainties that could cause actual results to differ materially from those projected, anticipated, expected, or implied. These risks and uncertainties include, but are not limited to, metals price volatility, volatility of metals production and costs, litigation, regulatory and environmental risks, operating risks, project development risks, political risks, labor issues, ability to raise financing and exploration risks and results. Refer to the Company’s Form 10K and 10-Q reports for a more detailed discussion of factors that may impact expected future results. The Company undertakes no obligation and has no intention of updating forward-looking statements other than as may be required by law.

admin8 months agoMarch 6, 2021
66
“The semiconductor topic is a very serious one because the whole industry is affected,” Oliver Blume, chief executive of Porsche,...

admin8 months agoMarch 5, 2021
76
The UK economy is like a "coiled spring" ready to release large amounts of "pent-up financial energy", the Bank of...

admin10 months agoDecember 24, 2020
74
Prices have already surged to highest in more than six years  Inflation fears are drawing investors back to resources sector...