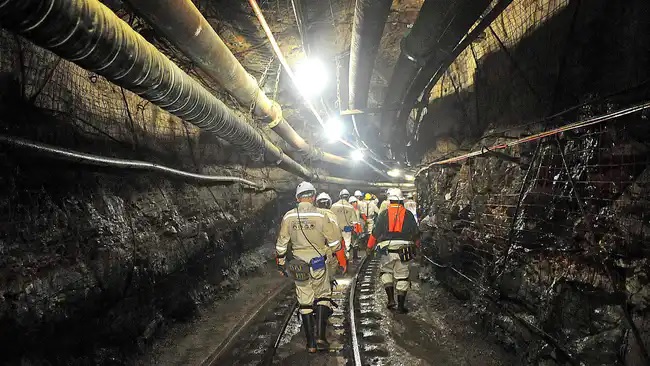 JOHANNESBURG – Trade union Solidarity has today called on the Minerals Council South Africa and the Department of Mineral Resources and Energy  (DME) to reach an agreement out of court regarding the once empowered, always empowered principle rather than to proceed with further court action.
General secretary Gideon du Plessis said the current litigation process between the two parties had divisive consequences and interrupted social cohesion in the mining sector.
“A court ruling will mean a win-lose situation that will have far-reaching consequences for the loser while relations between all mining role players will be further damaged. For this reason, Solidarity calls on the Minerals Council and the Department to return to the negotiating table to reach an agreement in terms of which both parties will have to give up something,” Du Plessis said.
The High Court on Monday ruled that trade unions and mining communities should be added as parties to the court proceedings.
Du Plessis said the uncertainty that came with a protracted legal battle that could end up in the Constitutional Court had more negative consequences for mining investment than a settlement that recognises historic empowerment deals.
“Should the council be successful in their application, it would mean that mineworkers and mining communities will lose their current 5 percent ownership allocation in the form of carried interest. As a result, the legal dispute will be replaced with tension and unrest at the mining level,” said Du Plessis.
The council, which represents around 80 percent of the mining industry, took the department to court to challenge the ownership aspect contained in the 2018  Mining Charter. The council asked the court to review certain aspects of the charter dealing with the non-recognition of the continuing consequences of previous transactions in respect of mining right renewals.
In its response to the court ruling, the council on Monday argued that the ruling would simply delay legal certainty on these issues.
“The Minerals Council will give effect to the court order. Regrettably, this development does mean that the finalisation of the status of the contested elements of the 2018 Mining Charter will be delayed,” said the council.
The department said it was gratifying to see the courts assert the importance of involving these parties in matters that had a bearing on their fate.
“Decisions cannot be taken to the exclusion of workers, mining communities, BEE entrepreneurs. These parties were central to the drafting of the Mining Charter, thus the order affirms their inclusion at all material times,” said the department.

admin1 year agoMarch 6, 2021
116
“The semiconductor topic is a very serious one because the whole industry is affected,” Oliver Blume, chief executive of Porsche,...