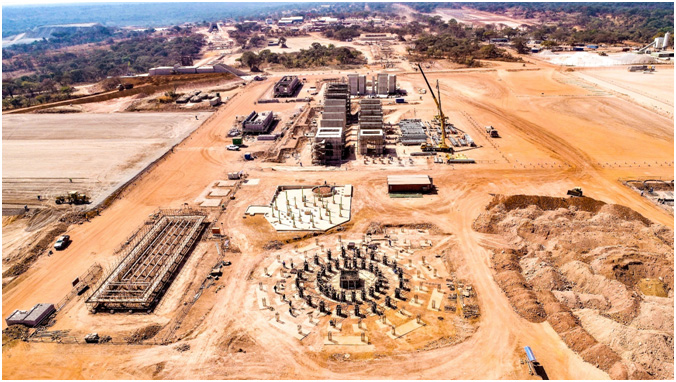 The majority of the development headings at the Kakula Mine currently are traversing medium-grade sections of the orebody, with average grades ranging between 3% and 5% copper. Several development headings are continuing in high-grade zones grading more than 8% copper, and this ore is being placed on a dedicated, high-grade surface stockpile at Kakula North that now totals approximately 68,000 tonnes grading an estimated 5.90% copper. The medium-grade surface stockpiles at Kakula North, Kakula South and Kansoko together contain an additional 394,000 tonnes grading an estimated 2.71% copper.

As Kakula’s underground development progresses over the next few months, the majority of the headings are expected to transition into the high-grade ore zones.

More than 200 truck loads, consisting mainly of structural steel and equipment for Kakula’s initial 3.8-million-tonne-per-annum processing plant, were received on site in June and construction of the plant is progressing rapidly. Fabrication of the plant’s largest components – two ball mills each measuring 9.75 metres long and 6.1 metres (20 feet) in diameter – has been completed at CITIC Heavy Industries’ factory in Luoyang, China, and shipping of the components is underway.