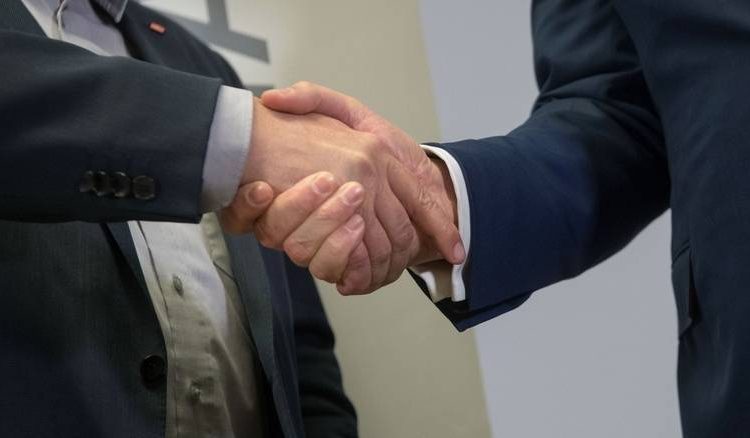 Across the GCC, M&A activities are expected to increase amid the Covid-19 pandemic

With 130 deals valued at $59.8 billion, M&A activity in the Middle East and Africa has largely been shielded from the global downturn in the opening half of 2020.

According to Mergermarket’s “1H20 Global Report,” the first-half deals include nine valued over the $1 billion mark, including two above $10 billion in the second quarter. The first half M&A performance has the second highest year to-date value on Mergermarket record, behind last year’s $119.5 billion worth of transaction driven by the $70 billion Saudi Aramco/Sabic tie-up.

However, outbound M&A, dipped to its lowest year to date value since the global financial crisis over a decade ago to just $6.6 billion so far this year. This included investments into India-based Jio Platforms by Mubadala ($1.2 billion) and Abu Dhabi Investment Authority ($752 million) as well as the $1 billion acquisition of the Ritz Hotel in London.

Across the GCC, M&A activities are expected to increase amid the Covid-19 pandemic as small and medium enterprises and several large corporates will look for equity via capital injections to satisfy working capital needs, according to Ali Maabreh, head of M&A at KPMG in Saudi Arabia.

In the first quarter, the number of closed M&A (merger and acquisition) transactions in the GCC for the first quarter witnessed a 52 per cent decline when compared to the same period last year, while it fell 51per cent over the previous quarter, according to a report by Kuwait Financial Centre.

“The second quarter saw a consortium of investors led by Global Infrastructure Partners acquire a 49 per cent stake in Adnoc’s gas pipeline assets for $10.1 billion, announced in June. Volatility in the markets means that the deal represents a safer investment into a more insulated part of the value chain, while allowing Adnoc to continue its divestment strategy in order to open capital and reinvest,” Mergermarket said in its report.

With 15 deals, M&A in the energy, mining & utilities sector reached $ 32.1 billion in the first half of the year, surpassing all annual totals the sector has seen in the region.

The technology sector has remained active in MEA despite the uncertainty, mirroring trends in global deal-making. The sector saw 27 deals worth a combined $2.5 billion, contributing 21.1 per cent in the region’s first half deal count, an increase from 17.6 per cent in 2019.

The pharma, medical & biotech sector has seen its share of the MEA region’s overall deal count rise to 10.9 per cent in 2020, with 14 deals worth a combined $579 million.

admin7 months agoMarch 5, 2021
89
SINGAPORE - Those who believe that economic integration is key for global recovery must work together to counter protectionism, Trade...

admin7 months agoMarch 6, 2021
76
German Finance Minister Olaf Scholz described the U.S. move as a major breakthrough that could pave the way for a...

admin7 months agoMarch 5, 2021
79
AMSTERDAM (Reuters) - International trade recovered at the end of 2020 to pre-coronavirus levels, making up for the sharp hit...

admin7 months agoMarch 6, 2021
87
Morocco stands out in the field of country branding, topping the Africa ranking of the “Country Brand Awards” for the...