HomeFinanceEU Listing: What is the possible recourse for Mauritius?
FinanceIFCs
admin2 years agoFebruary 9, 2021no commentNo tags 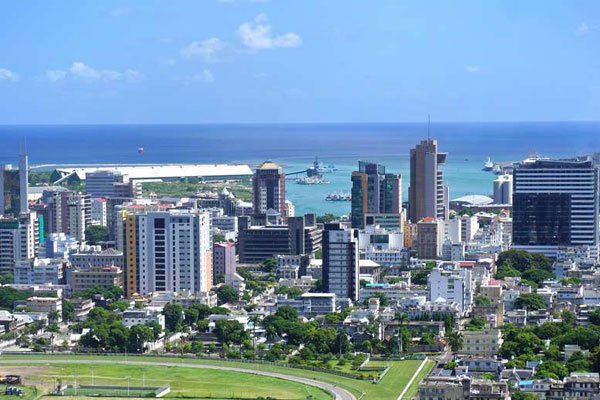 On 7 May 2020 the European Commission included Mauritius in its list of identified third-country jurisdictions having strategic deficiencies in their Anti-Money Laundering/Counter Terrorist Financing (AML/CFT) regimes which pose significant threats to the financial system of the Union (high-risk third countries).

The decision took the local financial services community by surprise and puts at great risk a sector of the Mauritian economy which accounts for around 12% of GDP. It also comes at a time when the resilience of the island’s economy is going to be thoroughly tested in the aftermath of the COVID-19 pandemic.

As reiterated by the Prime Minister’s Office in a Communique on 2 June 2020 (Communique), “Mauritius has always adhered to international standards of good governance, transparency and taxation. To recall, the EU and the OECD have recently confirmed that Mauritius’ tax regime is in conformity with their governing standards. Mauritius has also incorporated FATCA and CRS requirements into its domestic laws and has ratified the OECD’s Multi-Lateral Instrument (MLI).”

The Communique lays emphasis on the fact that “in January of this year, Mauritius took cognisance of the FATF conclusions on its legal and regulatory framework on AML-CFT. It immediately formulated and agreed upon a detailed action plan with the FATF, with specific deadlines to remedy the identified shortcomings. It is noteworthy to mention that, out of a total of 58 recommended actions, Mauritius has only five outstanding actions to implement by September 2021.”

Much has been written and said about the arbitrary nature and unfairness of the European Commission’s decision. On the very same day that it adopted a new methodology, the Commission, according to the Prime Minister’s Office, did the exact opposite in failing to engage in necessary consultations with Mauritius and denying the country an opportunity to provide any explanation or make any representations prior to its inclusion on the list.

The present article purports to assess the situation from a procedural point of view while setting out the options available to Mauritius in response to the European Commission’s decision.

Role of the European Commission

Mauritius has stated clearly that it has “engaged into discussions with the European institutions with a view to reconsidering the Commission’s decision.” It is apposite to have a look at the legal framework of the European Union and the powers and responsibilities of the European Commission to assess options.

The Commission derives its powers to issue Delegated Regulations generally from Article 290 of the TFEU, reproduced below.

2. Legislative acts shall explicitly lay down the conditions to which the delegation is subject; these conditions may be as follows:

For the purposes of (a) and (b), the European Parliament shall act by a majority of its component members, and the Council by a qualified majority.

It is Article 9 of Directive 2015/849 which empowers the Commission to issue Delegated Regulations specifically to prevent the use of financial systems for the purposes of money laundering or terrorist financing, thus enabling the Commission to establish its list of high-risk third countries. The relevant extract is reproduced below:

1. Third-country jurisdictions which have strategic deficiencies in their national AML/CFT regimes that pose significant threats to the financial system of the Union (‘high-risk third countries’) shall be identified in order to protect the proper functioning of the internal market.

2. The Commission shall be empowered to adopt delegated acts in accordance with Article 64 in order to identify high-risk third countries, taking into account strategic deficiencies…

The power to issue Delegated Regulations is subject to conditions set out in Article 64 of Directive 2015/849. Sub-paragraph 5 (reproduced below) is of particular relevance.

The Delegated Regulation of 7 May 2020 is therefore not final inasmuch as it will only come into effect if there is no objection expressed by the Council of the EU or the European Parliament. The difficulty is that such an objection should come within one month of its notification to the Council or Parliament. If we were to assume that the Delegated Regulation was notified to the Council or Parliament on the date of its publication, that is 7 May 2020, then this delay expires on 7 June 2020 pursuant to Article 64 (5) of the Directive 2015/849, unless extended at the initiative of the European Parliament or Council.

Time is therefore of the essence and, as pointed out in its Communique, Mauritius has embarked on an extensive diplomatic and lobbying campaign to this effect.

Although the legal route would not be a preferred option for any country having to deal with such a matter, Article 263 (4) of the TFEU offers a possible alternative should diplomatic efforts remain in vain.

The proceedings provided for in this Article shall be instituted within two months of the publication of the measure, or of its notification to the plaintiff, or, in the absence thereof, of the day on which it came to the knowledge of the latter, as the case may be.

On the issue of admissibility, only the following may be the subject matter of an application under Article 263 (4):

Inasmuch as the Delegated Regulation of 7 May 2020 is not directly addressed to Mauritius but to members of the EU, and that, further, it requires EU member states to adopt implementing measures in relation to the third countries identified as high risk therein, Mauritius can contemplate relief under Article 263 (4) on the ground that the said Delegated Regulation is of direct and/or individual concern to the country. (Vide Microban International and Microban (Europe) v. European Commission 2011 T-262/10)

The government is sparing no effort to convince the EU that Mauritius, as a jurisdiction of choice and substance, has been wronged by its inclusion in the list of third countries posing a threat to the financial system of the EU. While legal recourse might not be envisaged at this stage by the Mauritian authorities, the government as well as all stakeholders in the financial services sector in Mauritius remain hopeful of a favourable outcome following the confirmation of ongoing discussions with the EU.

admin11 months agoMarch 5, 2021
95
Amsterdam has usurped London to become Europe’s biggest hub for trading shares. It is quite a shift for a city that was...