HomeFDIUK misses out on top spot for Foreign Direct Investment in 2019 but surged ahead in Digital as the economy transforms, new EY report reveals
FDIUK
admin2 years agoFebruary 9, 2021no commentNo tags 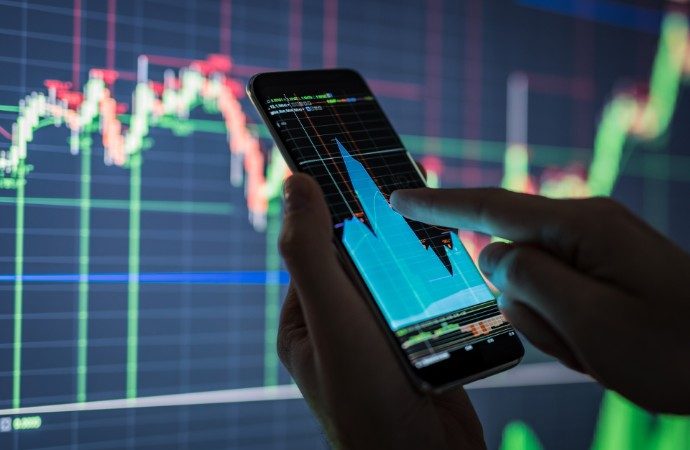 The UK missed out on first place in the European rankings for total inbound foreign direct investment (FDI) projects in 2019, according to the EY 2020 UK Attractiveness Survey which launched today.

The EY report examines the performance and perceptions of the UK as a destination for FDI, and this year includes a survey of 800 international investors looking at the impact of COVID-19 on investment.

Despite losing the lead for total project numbers, 2019 was a strong year for the UK with a 5% increase in projects in a European market that grew by less than 1%. This meant the UK’s share of projects increased to 17.4%, up from 16.6% in 2018. This ends three years of declining market share for the UK since the 2016 EU referendum.

The UK performed particularly well in attracting new projects, as opposed to extensions of existing activities. There were 782 new investments in the UK in 2019 — up 7.7% from 2018. This was the highest level since 2016 and the second-highest number of new projects secured by the UK in any year over the past decade. The UK has leapfrogged last year’s leader for new projects, Germany (which secured 770 new projects), into top spot.

The research also shows that investors feel that FDI projects in the UK are well-placed to recover from the impact of COVID-19, and that the UK is likely to outperform the global market in attracting post-pandemic investment.

EY’s UK Chairman, Steve Varley, comments: “The UK performed strongly on FDI in 2019 and, importantly, is well-placed to face the challenges presented by COVID-19 and an uncertain economic environment.

“While the UK missed out on the top spot for total FDI projects in Europe, there are some encouraging signs about the positive changes taking place in the wider UK economy. The UK secured an increasing share of European research and development projects, achieved a spectacular performance in attracting FDI in the digital economy, and was ranked in first place for new projects.

“While the loss of leadership on the total number of projects may attract attention, it’s important to note that, for some time, the UK’s strategy has been to focus on the value of the FDI it attracts rather than the volume. The new projects secured reflect an extension of the investor and project base, rather than solely building on past successes.”

Steve Varley adds: “Looking ahead, it’s vital that sustainable growth and ‘levelling up’ the UK economy continue to be at the heart of economic policymaking. Skills and infrastructure investment must support this objective. The report shows that FDI, especially in terms of digital investment, is still concentrated in London and the UK’s major cities. A concerted effort is required in order to spread the digital success story to the rest of the country.”

The UK extends its European leadership in Digital tech and surges in R&D, evidencing ongoing transformation

The UK’s strong 2019 performance was underpinned by digital tech and research and development (R&D) projects.

The UK surged ahead in digital tech, attracting 432 projects (an increase of 114 – 36% – on the previous year) and attracting a 30% share of all European projects. The UK grew four times faster than the European average in this sector, securing more projects than France and Germany combined.

The digital tech sector has accounted for the largest number of projects in the UK in every year since 2013.

“Our report also shows a surge in UK headquartered (HQ) projects by 240% on the previous year – a positive development as these investments tend to provide relatively high-value employment and the potential for further related investments in the future. While it is often a difficult decision about whether to classify a first small office in a new country as an HQ or some other activity, a comparison with the European data suggests the UK performed strongly. Last year, the UK doubled its market share of all HQ projects locating in Europe to 33.6%, up from 16.8% in 2018.”

Survey respondents said that 65% of planned projects were still going ahead – including 6% who had actually increased their investment in light of COVID-19 – with only 3% saying they had completely cancelled their plans. By contrast, the corresponding figures for Europe revealed a more cautious approach from investors, with 66% planning to decrease investment and 23% pausing it, against 17% and 15% respectively for the UK.

Mark Gregory says: “There is no doubt that the outlook for FDI will be extremely challenging as the world tries to recover from the economic and social impact of COVID-19. Asked whether they expected to see an increase or decrease in FDI globally, following a period of recovery from the COVID-19 pandemic, a net -71% of investors responding to EY’s survey said they were anticipating a decline in global FDI. When asked the same question about investment specifically into the UK, the balance expecting a decline was -44 – still very challenging, but more positive than the overall market outlook.

“Before COVID-19 changed the picture completely, 2020 was set to be a record year for UK FDI. At the start of the year, 31% of investors said they were planning to invest in the UK in 2020 – a significant increase from 23% in last year’s survey. This was the highest positive sentiment for the UK in over a decade, and higher than the corresponding numbers for other European countries.”

An analysis of changes in the UK’s FDI project origins over the three years since the 2016 EU Referendum shows that the UK has been able to rebalance its investments to compensate for a decline in EU originated projects, further illustrating the transition underway in the UK economy.

The five largest contributors of investment projects for the UK in 2019 were the US, Germany, France, Canada and Australia. The US extended its long-standing lead as the biggest single source of UK FDI, recording its third successive annual increase in UK projects. Canada held firm, underlining North America’s continued dominance of the UK’s project inflows. The growing volume of US investments primarily reflects the strong appeal of the UK’s digital tech sector to US investors, evidencing that the UK is the leading European destination for digital tech FDI.

London surges but UK shows little sign of ‘levelling up’

While the UK’s leading cities were generally thriving in terms of FDI in 2019, the performance of other UK regions was mixed.

Additional research for EY by the Centre For Towns, also published today, finds that the share of FDI going to the capital cities in England, Scotland and Wales and other ‘Core Cities’ in Great Britain has increased from 31% of the total in 1997 to 67% in 2019.

During this period, every other place type identified by the Centre For Towns has seen its share of FDI fall. The most severe share losses were in medium-sized towns, with a fall from 20% of FDI in 1997 to 6% in 2019, and coastal towns, where the decline was from 8% to 1% over the same period.

Mark Gregory comments: “The UK succeeded in increasing its share of manufacturing projects in a declining European market in 2019, providing some support to towns, but has struggled to spread the benefits of FDI beyond the larger urban centres. There’s a similar and even more concerning trend in terms of digital tech investments with 83% of FDI located in the major cities and a further 10% in large towns. Digital rebalancing is a prerequisite for successful levelling up in the UK.”

Ian Warren, Director of Centre For Towns, says: “Whilst we welcome a small increase in FDI projects overall, we are still worried that investment is concentrating in London and our Core Cities. 81% of foreign direct investment to the UK took place in our Core Cities or within 30km of one. Our coastal towns in particular have seen their levels of investment plummet over the last two decades, and in the last two years the number of FDI projects has halved in our university towns. Equally, whilst the digital sector continues to attract inward investment, this is a sector which also concentrates very heavily in London and the south east of England. Levelling up should include the distribution of digital sector employment across the UK.”

London saw a surge in FDI projects, increasing by 17.5% to a decade-high of 538, representing 48.5% of all UK projects and its highest ever share. Manchester retained its status as the leading city for FDI outside of the capital in 2019, despite an 8% drop in project numbers from the previous year. Birmingham strengthened its hold on second place, with its project count rising by 36% to 30, only four behind Manchester. Bristol also performed well, up from 10 projects to 15, and Aberdeen almost doubled from eight to 15 projects. However, overall the relative performance of cities was largely unchanged with minor shifts in rankings.

Mark Gregory concludes: “While London’s excellent performance is to be celebrated, the failure to capture more of the benefits of FDI in the UK’s smaller places is a major concern. Geographic imbalances in FDI are increasing. The next phase of economic transformation must afford a much higher priority to achieving a better geographic balance. It is clear from our investor surveys that the government needs to place sustainability and levelling up at the heart of its infrastructure, skills and trade policies if it is to effect lasting change across the country.

“Moving towards a hi-tech economy, universities will also have crucial roles to play in developing talent and skills. This should form the basis for an expansion of their role as true civic establishments, playing a central part in their local economies and communities.”

About the EY Attractiveness Report

EY’s Attractiveness Surveys analyse the attractiveness of a particular region or country as an investment destination. The surveys are designed to help businesses make investment decisions and governments remove barriers to growth. A two-step methodology analyses both the reality and perception of FDI in the country or region.

The evaluation of the reality of FDI in the UK is based on the EY European Investment Monitor (EIM), the proprietary EY database, produced in collaboration with OCO.

We define the attractiveness of a location as a combination of image, investors’ confidence and the perception of a country’s or area’s ability to provide the most competitive benefits for FDI.

We have adapted our regular investor survey this year, to provide more insight into the impact of COVID-19 on the perceptions and aspirations of investors into the UK and Europe as a whole.

European field research was conducted by the CSA Institute in January and February 2020 via telephone interviews, based on a representative panel of 504 international decision-makers.

A second perception survey for Europe was conducted from 15 April to 29 April to reflect decision-makers’ perception changes due to the COVID-19 crisis. This online survey was led by Euromoney, based on a representative panel of 113 international decision-makers.