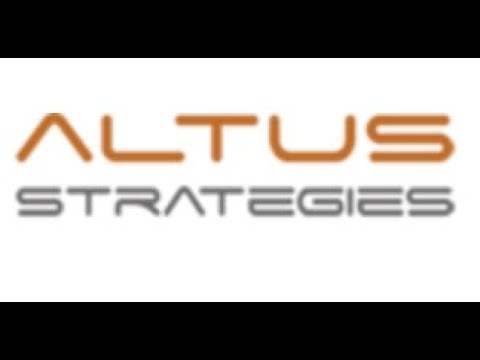 Representative of La Mancha Appointed to the Board of Altus

DIDCOT, UNITED KINGDOM / ACCESSWIRE / April 6, 2020 / Altus Strategies Plc (AIM:ALS), (TSX-V:ALTS), the Africa focused project and royalty generator, announces the appointment of Mr Karim Nasr as a non-executive director of the Company effective immediately. Karim is the Chief Executive Officer of La Mancha Group and the appointment is in accordance with the terms of the Strategic Investment Agreement (“SIA“) between La Mancha Holding S.à r.l. (“La Mancha“) and the Company. La Mancha is the holding company of a group of companies known as the La Mancha Group. The SIA closed and a concurrent 5 to 1 consolidation in the Company’s share capital occurred on 21 February 2020, following approval of the Company’s shareholders received at the General Meeting held on 18 February 2020.

Pursuant to the SIA La Mancha acquired a 35.45% interest in the enlarged equity of the Company by subscribing for 24,845,878 new ordinary shares in the Company (“Ordinary Shares“) at a price of C$0.45 (approximately £0.27) per Ordinary Share, for aggregate gross proceeds of approximately C$11.2M (approximately £6.5M) (all figures reported on a post-consolidation basis). Under the terms of the SIA, La Mancha has certain shareholder rights, including the option to appoint up to two non-executive directors to the board of the Company.

“We are delighted to announce the appointment of Karim Nasr to the board of Altus. Karim is a highly respected finance professional, the Chief Executive of La Mancha Group and a director of TSX listed Golden Star Resources. He brings with him considerable business acumen, from an outstanding career in corporate finance and asset management. His strategic insights and expertise will be of material benefit to Altus as we continue to transform the Company into a leading resource project and royalty business. On behalf of the board, I welcome Karim as a director and look forward to working with him.”

Mr Karim Nasr is the Chief Executive of La Mancha Group. La Mancha, the holding company of the La Mancha Group, is a privately held gold mining investment company with a portfolio of gold mining assets in West Africa. He is also a director of TSX-listed Golden Star Resources Ltd, a company in which La Mancha has a 34.4% equity interest. Karim joined La Mancha as its Chief Financial Officer in 2018. Prior to La Mancha, Karim was the CEO and CIO of Digital World Capital (DWC), an FCA regulated investment manager investing globally and across the capital structure in Telecom and Media companies. At DWC, Karim was in charge of the investment strategy and risk management for the DWC Cross Com Fund on a discretionary basis and of the special situation investments and debt restructuring advisory practice for private clients on a non-discretionary basis.

Prior to DWC, Karim was in charge of Corporate Finance for Wind Telecom, one of the largest mobile operators by subscribers, and member of the group’s Executive and Investment Committees. From 2001 to 2011, Karim led over 225 financing and investment projects in the telecom sector. He closed US$68 billion in debt and equity financings, US$67 billion in M&A, managed up to US$30 billion in liabilities, and closed major landmark debt restructuring deals. Karim joined Wind Telecom in 2000, first serving within the business development group of Orascom Telecom, where he participated in the acquisition of greenfield licenses, and successful operational launch of 6 wireless operators. Karim served on the boards of Wind Telecom (Italy), Wind Telecomunicazioni (Italy), Wind Hellas (Greece), Telecel Globe (Sub Saharan Africa), as well as on the board of most of the group’s holding and financing companies. From 1996 to 1999, Karim was the CEO of Anzima s.a.l., a Lebanese IT consulting and software firm. He started his career in 1995 at An-Nahar s.a.l., a Lebanese print media group. Karim holds a Masters in Management from the University of Paris IX Dauphine with a major in Finance. He is fluent in English, Arabic and French.

Karim Michel Nasr, aged 50, is or has been a director of the following companies in the past five years:

There are no other matters which are required to be announced in respect of this appointment under Rule 17 and paragraph (g) of Schedule 2 of the AIM Rules.

Altus is a London (AIM: ALS) and Toronto (TSX-V: ALTS) listed project and royalty generator in the mining sector with a focus on Africa. Our team creates value by making mineral discoveries across multiple licences. We enter joint ventures with respected groups and our partners earn interest in these discoveries by advancing them toward production. Project milestone payments we receive are reinvested to extend our portfolio, accelerating our growth. The portfolio model reduces risk as our interests are diversified by commodity and by country. The royalties generated from our portfolio of projects are designed to yield sustainable long-term income. We engage constructively with all our stakeholders, working diligently to minimise our environmental impact and to promote positive economic and social outcomes in the communities where we operate.

admin1 year agoNovember 26, 2020
159
BY: REUTERS CAIRO – Egypt has awarded 82 exploration blocks to 11 companies in an international bid round for mineral exploration,...

admin2 years agoNovember 20, 2020
148
TSX-listed gold miners Endeavour Mining Corporation and Teranga Gold Corporation have confirmed that they have entered into a definitive agreement,...