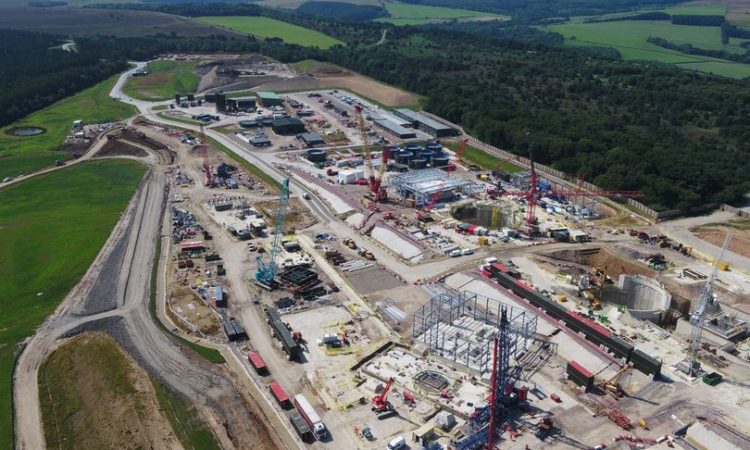 Sirius Minerals, the company behind plans for a £4bn potash mine in North Yorkshire, is considering a takeover bid.

The mining giant Anglo American said it was in advanced talks about a possible offer of 5.5p per share.

It would value Sirius Minerals at £386m, but mean a significant loss for thousands of smaller shareholders.

The future of the mine has been in doubt after Sirius failed to raise cash to unlock funding.

A spokesman said: “Anglo American identified the project as being of potential interest some time ago, given the quality of the underlying asset in terms of scale, resource life, operating-cost profile and the nature and quality of its product.”

Shares in Sirius rose by 33% to 5.4p on the news of the offer, however that is significantly lower than the 22p shares were worth a year ago.

The business has thousands of small shareholders, many of whom live in the area the mine is being built. Anglo American’s interest in the Sirius project will infuriate those who have opposed the mine, but holds out the prospect of a much needed boost to the North East’s economy.

It has been a controversial project since it was first proposed, as most of the mining will take place beneath the North York Moors National Park.

Sirius succeeded in overcoming that opposition and winning planning permission, only to fail to raise the funds needed.

Anglo’s backing would make it much more likely that the project will go ahead. Anglo is one of the world’s top mining companies, and has the financial and technical resources to push it through.

Its proposed offer is a mixed blessing for the 85,000-odd retail investors, many in the North East, who backed Sirius hoping for great things.

The shares went as high as 40p three years ago, but the failure to raise funds meant they were facing a complete wipeout.

Anglo’s proposed offer of 5.5p per share is better than nothing – and there is always the hope that this morning’s announcement might flush out other bidders willing to pay even more.

The mine would extract polyhalite, a naturally occurring fertiliser which is used in agriculture, from a mile underground the North York Moors National Park.

The extracted mineral would be transported on a conveyor belt through a 23-mile (37km) tunnel to Teesside, from where it would be shipped to customers.

The mine had been expected to open in 2021 and create 1,000 jobs, although Sirius Minerals slowed construction work at the end of 2019 due to its funding problems.

admin4 months agoJune 11, 2022
73
Russia’s invasion of Ukraine and its effects on commodity markets, supply chains, inflation, and financial conditions have steepened the slowdown...