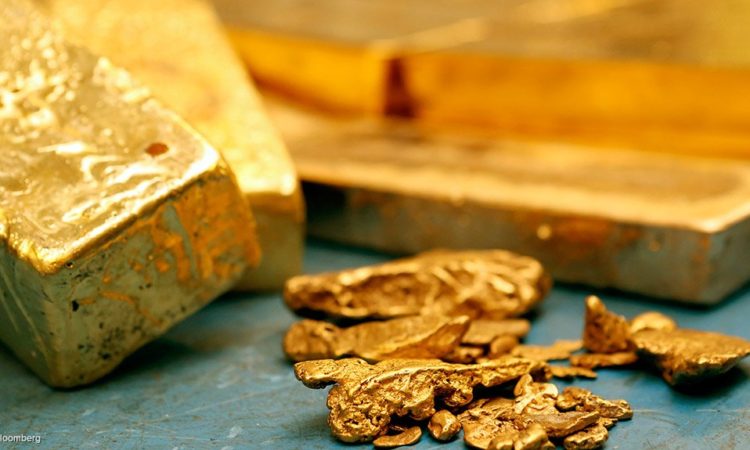 BY Reuters – SINGAPORE – Gold surged to the highest level in more than six years as fast-rising tensions in the Middle East stoked demand for haven assets, with Goldman Sachs Group saying that bullion offered a more effective hedge than oil to the crisis. Palladium extended gains to an all-time high.

Bullion neared $1 600/oz as Tehran said it would no longer abide by any limits on its enrichment of uranium following the killing of General Qassem Soleimani. In addition, President Donald Trump said he was prepared to strike Iran “in a disproportionate manner” if it retaliates against any US target.

Gold “has entered 2020 with strong momentum,” Gavin Wendt, senior resource analyst at MineLife in Sydney, said in an email. “When you factor in ongoing uncertainty with respect to US-China trade talks and heightened security issues with Iran, gold really is a no-brainer.”

Bullion is building on the largest annual climb since 2010, which was driven by a weaker dollar, lower real rates and the trade war’s drag on global growth. The widening fallout from the drone strike on Soleimani is threatening to escalate, denting risk sentiment and sending investors to havens. While Goldman analysts cautioned there was a large range of potential scenarios at this stage, the bank said bullion may prove a better bet than oil.

“History shows that under most outcomes gold will likely rally to well beyond current levels,” analysts including Jeffrey Currie and Damien Courvalin said in a note dated January 6. That’s “consistent with our previous research, which shows that being long gold is a better hedge to such geopolitical risks.”

There are other factors supporting bullion. The Federal Reserve is unlikely to raise interest rates anytime within the next six months, which will in turn probably keep a cap on the US dollar – both of which are “extremely positive” for gold, according to MineLife’s Wendt.

Gold miners traded higher. Newcrest Mining, Australia’s largest producer, rose as much as 4% in Sydney, while Northern Star Resources gained as much as 2.4% and Evolution Mining advanced as much as 7.5%.

Palladium has also benefited from the optimism surrounding havens, as well as its own set of fundamentals – notably being in a multi-year deficit as demand rises in autocatalysts amid stricter emissions standards.

“Palladium, like gold, has been steadily tracking higher over the last two weeks, and the conflict between the US and Tehran seems to have bolstered this,” said Sean MacLean, research strategist at Pepperstone. “Demand for palladium is increasing faster than its supply, so the long-term trend is on the up anyway.”

admin1 year agoMarch 6, 2021
171
German Finance Minister Olaf Scholz described the U.S. move as a major breakthrough that could pave the way for a...

admin1 year agoMarch 5, 2021
180
AMSTERDAM (Reuters) - International trade recovered at the end of 2020 to pre-coronavirus levels, making up for the sharp hit...

admin1 year agoMarch 6, 2021
207
Morocco stands out in the field of country branding, topping the Africa ranking of the “Country Brand Awards” for the...