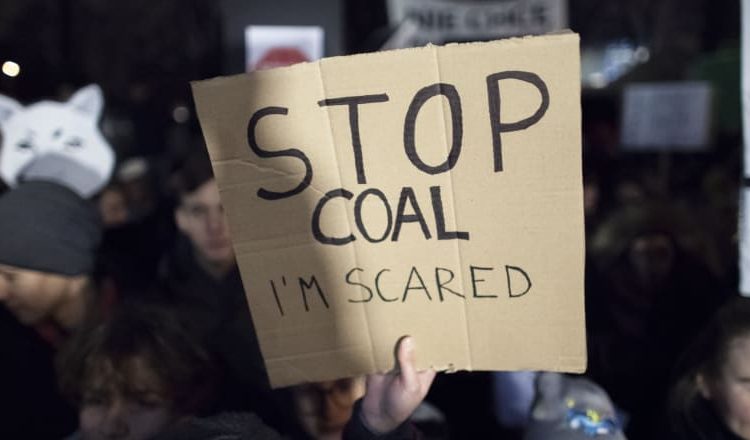 Newsroom business editor Nikki Mandow looked into responsible investment, and found that it is way more complicated, nuanced – and interesting – than she could ever have imagined.

OK, this is purely theoretical, but bear with me.

We all know coal mining is bad. Air pollution from coal-fired power stations is linked with asthma, cancer and other lung problems. Sulphur dioxide emissions cause acid rain. Coal mines pollute waterways and (in some countries) kill and injure workers. Global warming – don’t get me started. In the US alone, coal accounts for around 25 percent of all energy-related carbon emissions.

Seems a no-brainer we shouldn’t be investing our money in companies producing and burning coal. We should all be excluding coal miners from our KiwiSaver and other investment portfolios.

The trouble is, us all excluding coal mining from our investments doesn’t stop other people putting money into coal. Some other people will keep investing; people who don’t care where their investment is going as long as it makes short term returns.

Remember this next bit is theoretical; an intellectual argument. But imagine a scenario where a whole load of ethical investors put money into coal producers and coal-fired electricity generators. Lots of money. And then started using their investor power to pressure those companies to switch from coal.

These investors start turning up at AGMs. Visiting boardrooms. Telling these companies: Mine something else. Use something else in your power plant. Drop coal. Could that work? Could these responsible investors put enough pressure on the coal companies to force them to change their ways?

It’s the sort of problem that occupies a guy like Steffan Berridge, head of responsible investment for Kiwi Invest, which is behind the Kiwi Wealth KiwiSaver scheme.

But as an intellectual exercise it’s a good illustration of how nuanced, how tricky, how far from ‘black and white’ the job of a responsible fund manager has become.

In the early days of responsible investing, it was mostly enough for institutions or funds to exclude companies or sectors from their investment portfolio. Maybe they didn’t like Company A’s record on human rights, for example, or Mine B’s carbon emissions.

But these days there’s another argument: that investors, particularly large ones, should be engaging actively and openly with companies whose products, activities or business models they are concerned about.

Coal mines, for example. Or a garment manufacturer with a less-than-rosy human rights record. A social media giant?

“If you are an investor in a ‘bad’ company and you vote for change, you have a chance to make a difference,” Berridge says. “But if you invest just  in ‘good’ companies, there is an argument your vote makes no difference.

It’s the weakest method of trying to make a difference.

“For an individual looking at a KiwiSaver fund, for example, there is an argument that choosing a provider or a fund which feels good is not helping things. It’s the weakest method of trying to make a difference.”

Put like that it makes sense. But it is also confronting in terms of how most of us view responsible or ethical investment – as a chance to avoid investing in companies with products or values that don’t match our own.

A Kiwi Wealth survey of its KiwiSaver members published in August found more people want their fund manager to get out of harm-inducing companies, than want them to seek to change behaviour from inside.

– More respondents (31 percent) believe selling the investment and having no further involvement is more likely to influence company behaviour, than keeping them and using shareholder rights (29 percent) or “naming and shaming” companies (21 percent).

Kiwi Wealth’s head of customer, product and innovation, Joe Bishop favours a mix of both. Like most KiwiSaver providers, Kiwi Wealth has a blanket ban on investing in any companies involved in tobacco, controversial weapons, and whaling.

At the same time it excludes individual companies. For example, it doesn’t invest in Barrick Gold because of its human rights record in PNG and elsewhere.

And it’s just added pharmaceutical giant Bayer to its exclusion list because of the company’s role in biodiversity destruction. “As an active manager we have these conversations on a company-by-company basis,” Bishop says. “There are companies where we divest. But there are others where we think we can make a difference. It might take a while to do so, but particularly when we get together with other large local and international institutional investors, we can try to shape and change their approach to certain issues.

“There may come a time where we say ‘we’ve done everything we can and we’ve made no difference.’ Then we might disengage.”

“It’s about the magnitude of the problem. You have to draw a line somewhere. But there’s an argument for revisiting why we are not investing in certain companies and whether by investing we could be helping produce change.”

But does institutional activism work?

Around the world, there are a few ways fund managers are trying to push companies to change behaviour they don’t like. There’s rocking up to a company and talking to board members or senior management.

There’s casting a vote on behalf of investors (proxy voting) on issues around “ESG” (environmental, social and governance) issues at annual general meetings.

And at the most proactive end, fund managers can be the ones to actually file pro-sustainability proposals for other shareholders to vote on at AGMs.

The last two are the most visible. And they don’t always work. In fact for the moment they mostly don’t work. But momentum is building.

It wasn’t enough to get the resolution passed, but it was considerably up on the 22 percent support a similar proposal garnered in London only the month before.

We’ve seen a rise in institutional investors using their votes

Meanwhile US-based environmental and social fund manager Green Century was more successful. It announced in March this year it had forced the multi-brand US restaurant chain Darden Restaurants to start cutting medically-important antibiotics from its supply chain.

For three years in a row, Green Century had submitted a resolution to the company’s AGM asking Dardens to stop buying meat from suppliers that “misused” antibiotics. The fund never got the resolution through, but votes in favour rose from less than 9 percent in 2016 to 40 percent last year. Six months later Dardens caved.

Pip Best, director of climate change and sustainability services for consultancy company EY, says investor activism is on the increase in Australia and New Zealand too.

“It used to be small shareholders trying to put their position forward, but over the last two years, we’ve seen a rise in institutional investors using their votes too,” she says.

That’s growing among institutional investors here, according to the 2019 report.

“In the case of passive index funds [which track a market-weighted index or portfolio], they need to advocate because there is no capacity for them to sell their shares if they are unhappy with management performance,” the 2019 report says.

“When it comes to active investment managers, they have been losing market share to the passive funds and are under increasing pressure to justify relatively higher fees.

“And then there are activist hedge funds that make a business out of taking positions and taking on company management.”

Best says there is concern around how much pressure passive investors can actually put on companies, because they tend to be buying and selling based purely on a company’s weighting on a particular index.

“They might say they are engaging with a certain company, but what is their ability to change that based on that engagement?” she says.

In 2018, the Climate Majority Project looked at the proxy voting records of the world’s 13 largest asset managers in terms of how they voted on climate-related resolutions in the US. The project’s Asset Manager Climate Scorecard found passive funds Black Rock and Vanguard were much less likely to vote in favour of this sort of shareholder resolution than active funds like Goldman Sachs, Legal & General, and PIMCO. Commenting on the report James Crowley, founder of Tech for Good, says the passive funds missed an opportunity to force change.

“Most notably, both BlackRock and Vanguard voted against two resolutions at ExxonMobil that would have created an independent chair of the board – a structural reform for climate accountability that would put a check on the CEO and board – and another requiring ExxonMobil to report its lobbying activity.

“BlackRock and Vanguard together control 14.7 percent of ExxonMobil stock. If they had voted for these resolutions, they would have passed. But their major funds voted against them.”

In New Zealand it’s hard to get a handle on which fund managers are voting on what because disclosure is so poor, Best says. And that’s frustrating for investors here.

“There’s not much disclosure on how frequently institutional investors are using engagement. It could be a key pillar of their RI strategy, but it’s hard to gauge how much they use it. It’s hard for a potential investor in one of these funds to have an idea of how active they are.” Best’s experience is backed up in the 2019 Responsible Investment Benchmark Report.

On the surface, it looks like New Zealand funds are doing pretty well when it comes to corporate engagement, with funds representing almost 20 percent of assets under management reporting they used corporate engagement and shareholder action as a secondary RI strategy.

This makes it the third-most popular strategy after “ESG integration” (explicitly including environmental, social and governance factors into investment decisions) and “negative/exclusionary screening” (cutting certain companies or sectors from your portfolio). But what companies are actually doing in this area remains a mystery, the responsible investment report says.

“Only 9 percent (two out of 25 of the New Zealand investment managers scored) had public evidence of activity in areas of active ownership and stewardship such as proxy voting and corporate engagements beyond basic statements within policy documents,” the report says.

“Institutional investors should have a clear policy on voting and report periodically.”

“It’s about being transparent,” Kiwi Wealth’s Joe Bishop says. “We publish our exclusions and our engagements, including our proxy voting. That’s something we’re proud of.

“And I expect we’re going to get more and more investors coming to us saying ‘Show us your record’.

“Our members expect us to be working hard on their behalf to change approaches and attitudes.”

admin2 years agoSeptember 5, 2020
175
The rally in gold prices has come at a time when technology stocks have led the rally in equities, over...