HomeFDIThe State of Globalization in 2019, and What It Means for Strategists
FDIIPA News
admin4 years agoMarch 5, 2021no commentNo tags 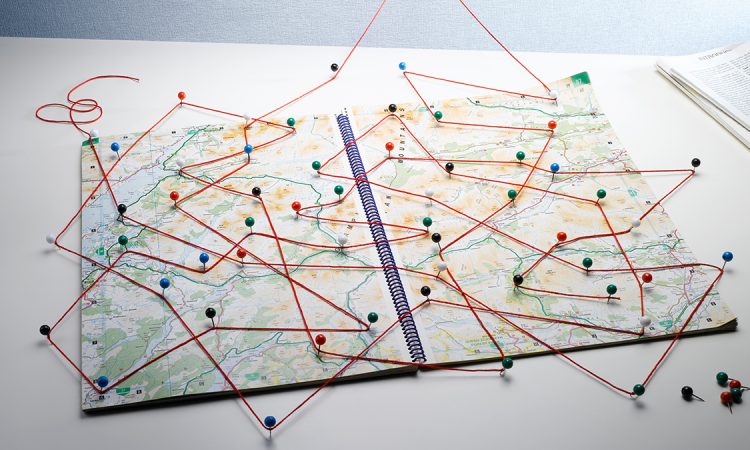 Globalization, since the Brexit and Trump shocks of 2016, has been shaped by a tug of war between economic fundamentals and policy threats. But predictions that globalization would collapse under a wave of economic nationalism have proven no more accurate than proclamations of a flat world that dominated the global business discourse a decade ago. The new DHL Global Connectedness Index (which we co-authored with Phillip Bastian) demonstrates that the world ended 2017 more globalized than ever before. While 2018 brought new obstacles — from tariff tiffs to blocked acquisitions — the result was a shifting playing field rather than an end to global business competition. How should executives think about building their businesses amid such turbulence? Since smart business decisions depend on accurate perceptions of the environment, executives should begin with a clear-eyed view of how globalization measures are trending.

In 2017, strong growth across most of the world propelled the DHL Global Connectedness Index to a record high. The proportions of trade, capital, information, and people flows crossing national borders all increased significantly. The last time that happened was 2007.

In 2018, however, major policy threats turned from rhetoric to reality. Disputes between the United States and its largest trade partners prompted tit-for-tat tariff increases. Meanwhile, countries tightened screening of foreign corporate takeovers, advanced data localization policies, and clamped down on immigration. While we do not yet have complete 2018 data, there is evidence that such developments have begun to affect some international flows. Trade continued growing but at a slower pace while foreign direct investment (FDI) flows declined.

With globalization’s strong momentum running up against powerful headwinds, it is important to recognize that market integration is still limited in absolute terms. The foreign operations of multinational firms around the world generate only about 9% of global output. Exports of goods and services add up to 29% of world GDP, but even that figure comes down to about 20% if we adjust for output that crosses borders more than once. Surprised? You’re in good company. Managers we surveyed across six countries in 2017 estimated these international production and trade metrics at 37% and 41%, respectively.

This striking juxtaposition of global flows running close to all-time highs but still falling far below managers’ perceptions highlights both the opportunities and the challenges that globalization continues to pose for multinational firms. Succeeding across borders and distances is still much more difficult than winning at home, but some of the same barriers that constrain international flows also increase the rewards for companies that find ways to overcome them.

How to Compete?  If threats to globalization continue to mount, firms with marginal competitive positions abroad are especially vulnerable. As Warren Buffet likes to say, “you only learn who has been swimming naked when the tide goes out.”  As the policy environment continues to shift, avoid the temptation to respond to each short-run development. But do think through whether your company has a long-term path to sufficient advantages over its competitors to stay in the game. If not, a strategic retreat might be warranted.

More specifically, consider whether your company needs to rebalance across the time-tested international strategies of aggregation (leveraging scalable assets across countries), arbitrage (exploiting differences, e.g. in labor costs), and adaptation (adjusting to differences). Aggregation and arbitrage directly create value across countries, so think first about your approach to those two strategies. Present trends suggest many firms may need to tilt toward aggregation or at least to be more judicious in their reliance on arbitrage. Note how the “new NAFTA” (United States-Mexico-Canada Agreement) reduces opportunities for arbitrage in automotive manufacturing by limiting the use of labor paid less than $16 per hour.

Adaptation can extend the geographic reach of aggregation and arbitrage, but it comes at a cost in terms of lost scale economies or diminished access to foreign inputs. When barriers to globalization rise, boosting adaptation via localization is a logical response, but one with clear limits. If you have to localize so much that you no longer have a significant advantage over local competitors, you may have to reconsider the option of retreating from some markets.

Where to Compete? In an imperfectly integrated world, where you should go depends very much on where you are coming from. About half of all the international flows we track on the 2018 DHL Global Connectedness index take place between countries and just their top three origins and destinations, which are often neighboring countries. Even if we look at the world’s largest multinationals ranked by foreign assets, the subset of these firms that release country-by-country sales data make about 60% of their revenues in just four countries (at home and in their top three foreign markets). So, the question of where to compete is a salient one for virtually every multinational regardless of size.

Prevailing policy trends point to selective changes in countries’ openness to international business. Trade and investment between the United States and China is in the crosshairs, but barriers are coming down between many other countries. Several major trade agreements were signed in 2018, including the 11-country Comprehensive and Progressive Agreement for Trans-Pacific Partnership (CPTPP), the African Continental Free Trade Agreement (AfCFTA), and the European Union-Japan Economic Partnership Agreement.

These trends imply that firms should continue to prioritize markets by weighing their opportunities in particular countries against the cultural, administrative/political, geographic, and economic (“CAGE”) distances between them. What’s new is that administrative/political distances are changing faster than they usually do. Firms cannot reconfigure their operations with each shift in a volatile geopolitical environment, but now may be the time to invest in nimbler supply chains, to review contingency planning, and so on. While trade tensions are already crimping global growth, some firms and even some countries could profit from them. The International Monetary Fund, for example, predicts short-run gains for Canada/Mexico, the Eurozone, and Japan from tariff escalation between the US and China under some scenarios.

How to Organize? If your company changes its competitive strategy or its geographic footprint, adjustments to its organizational architecture may need to follow. A tilt toward aggregation could require strengthening your R&D function to bolster your technological edge. Boosting adaptation, on the other hand, usually implies fortifying the roles of in-country leaders abroad. And any major shift in a company’s geographic footprint has knock-on effects for reporting and decision-making structures.

One convenient way to think about potential organizational changes is in terms of three questions: What structure? Who leads? And how do we work together? Structural changes are the most disruptive, but more complex strategies, such as those combining substantial amounts of aggregation and adaptation, often require more complex organizational structures. Companies that adopt them often organize by region or employ matrix organizations. Turning to who leads, many multinationals have longstanding deficits in terms of national diversity. Their senior ranks look much more like their home countries than their target markets. If adaptation is a priority, a more representative leadership team may be required. And careful consideration of how people work across units helps to avoid excessive focus on the lines and boxes of the organizational chart. Think in terms of how to link relationships, incentives, and information flows to bring people together across geographic and functional lines.

How to Engage Better with Society? The backlash against globalization is also, in part, a backlash against big business. According to the 2018 Edelman Trust Barometer, however, the public still trusts business more than government, and the majority of respondents felt that “CEOs should take the lead on change rather than waiting for government to impose it.”  For firms operating across political divides, such as US multinationals in China, this requires a leader to walk a tightrope between competing national interests. And competing interests within countries exacerbate the challenge.

To keep your balance, don’t fall for the illusion that your company can be regarded as a local firm in all of its markets. Emphasize the real benefits your company brings to the countries where it operates, but don’t feign false allegiances. Remember that members of the public tend to care far more about citizens of their own country than they do about foreigners. According to one survey, Americans would be much more supportive of a hypothetical trade policy that adds one job in the US at the expense of 1000 lost abroad than a policy that sacrifices one job in the US but creates 1000 abroad. In such a context, a leader who tries to be a “citizen of the world” is likely to be viewed, as UK Prime Minister Theresa May famously put it, as a “citizen of nowhere.”

Furthermore, since most business is still domestic rather than international, much of the societal anger about globalization really has domestic root causes — and can only be addressed through hard domestic policy compromises. Concerns about inequality in the US, for example, can hardly be resolved by reducing imports since the US is already the rich country that imports the least relative to the size of its economy and still ranks near the top on inequality. Engaging in the domestic policy arena about technological change, tax policy, labor market regulation, and so on, can be perilous for even the most well intentioned leaders, but business leaders need to weigh in to advance these debates.

We cannot predict with confidence whether the coming year will bring a higher or a lower level of globalization. But we can safely say that international flows and the constraints that borders and distance impose upon them will both continue to matter. So, the biggest winners regardless of whether globalization goes up or down, are likely to be companies that embrace globalization’s complexity rather than purely local or global visions of their business environments.

admin6 months agoJune 15, 2022
128
Source : unctad.org Despite successive waves of COVID-19, FDI flows to the region grew for the third consecutive year, with...