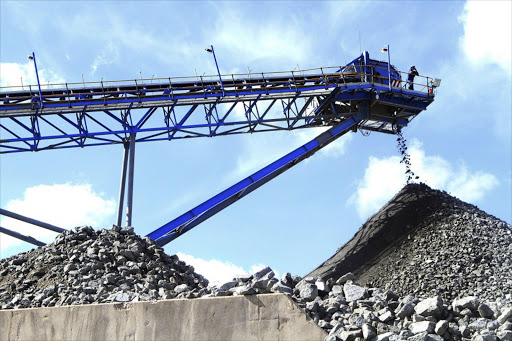 Platinum is caught in a speculative sell-off fuelled by a supply surplus, demand concerns due to the threat of a global trade war and a strengthening dollar

London — Platinum prices will average their lowest in more than a decade in 2018 before a modest recovery in 2019, a Reuters poll showed on Friday, with the metal predicted to maintain its historically unusual discount to palladium.

Platinum, used chiefly in emissions-cutting catalytic converters in vehicles and in jewellery, has tumbled from more than $1,000 an ounce in January to about $800, its lowest since 2008.

It is caught in a speculative sell-off fuelled by a supply surplus, demand concerns due to the threat of a global trade war and a strengthening dollar, which makes metals more expensive for buyers using other currencies.

A Reuters poll of 29 analysts and traders returned a forecast for platinum to average $922 in 2018, its seventh consecutive annual decline and lowest annual average since 2005.

But in 2019, platinum should snap its losing streak, rising to average $979 and ounce, respondents said. A similar Reuters poll conducted three months ago forecast that platinum would average $983 in 2018 and $1,038 in 2019.

“The diesel scandal remains a drag on demand…. Meanwhile, currency weakness provides a lifeline to the South African platinum industry, cutting dollar-denominated costs and reducing the risk of mine closures,” he said.

Demand for diesel engines, which use more platinum than petrol engines, sagged after Volkswagen was found to have cheated in emissions tests, in 2016.

SA produces about 70% of global mined platinum and at current prices many of its mines are unprofitable. But the rand, down 17% to the dollar since February, has inflated miners’ local currency earnings.

“The extreme positioning suggests scope for short-covering activity if prices stabilize or demand data picks up,” she said.

Palladium, used mainly in catalytic converters for gasoline engines, jumped 56 percent last year and moved above platinum for the first time since 2002, but has fallen to around $900 from an all-time high of $1,138 in January.

“We expect a rebound in palladium prices amid a growing market share of gasoline vehicles and healthy demand growth in emerging markets. Fundamentals are tight amid a widening deficit,” Intesa Sanpaolo analyst Daniela Corsini said.

admin1 year agoMarch 6, 2021
115
“The semiconductor topic is a very serious one because the whole industry is affected,” Oliver Blume, chief executive of Porsche,...