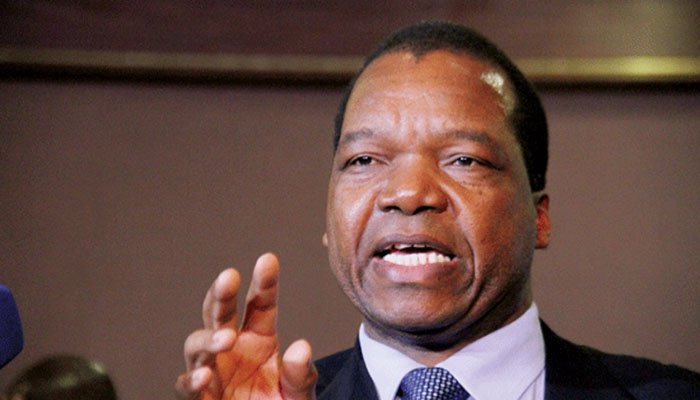 Zimbabwe is targeting to reach Gross Domestic Product (GDP) of US$65 billion by 2028 on the back of wholesale improvements in investment.

The central bank supremo is buoyant about the rapid economic growth given that over US$20 billion investment commitments have been made in the first seven months of President Mnangagwa’s tenure.

This comes as President Mnangagwa has spelled out Vision 2030, which will witness the country becoming a middle-income economy by 2030.

Zimbabwe is going through the primary stages of a radical economic transformation since President Mnangagwa’s inauguration on November 24 last year.

The British administration and several foreign investors have visited the country, after a decade of shaky relations with the country.

There is growing optimism that the economy is headed for a major boom, with tobacco production expected to go above 200 million kilogrammes, gold production projected at over 30 tonnes and 4,6 million carats targeted in diamond production for the first time since organised mining started.

Dr Mangudya recently told The Sunday Mail Business in an interview that Zimbabwe’s economy is on the rise, anchored by agriculture and mining.

“Exciting times are beckoning for Zimbabwe as we continue to receive various investors daily from the heart of Europe, Italy, Germany, even United Kingdom due to our open for business policy brought about by the President.

“At this rate, we expect the country’s GDP to be between US$50 billion and US$65 billion in the next decade, from the current GDP of around US$18 billion,” said Dr Mangudya.

Sky is the limit for Zim

Already, local industry capacity utilisation has enormously increased to above 50 percent from 36,1 percent two years ago.

Dr Mangudya said while Zimbabwe continues to preach the open for business gospel, investors will continue to scramble for investment opportunities in the country and as a result production and exports will grow, thereby creating employment.

The central bank chief indicated that the sky is the limit for the country’s economy as all sectors are circled by serious investors.

Zimbabwe is a diversified economy, with agriculture being its major anchor.

Agriculture to a large extent determines the potential growth of the economy and the sector accounts for 50 percent of employment in the country.

In pursuance of increased production, Government is moving towards expanding irrigated land to about 350 000 hectares and its contribution to the economy will be even higher.

Recently at the Water Resources Infrastructure Investment Conference, Dr Mangudya said the apex bank will continue to support water infrastructure development in the country to mitigate the effects of drought and increase production in the agriculture sector.

Zimbabwe is moving towards building more water infrastructure to increase productivity on farms and eliminate the over-dependence on rain-fed agriculture, which can easily be affected by elements of weather such as El Nino and La Nina effects.

The Central bank said water harvesting and building of infrastructure could increase productivity levels as farmers will be able to grow crops all year round. Zimbabwe requires about US$8 billion to construct 37 major water infrastructure facilities, including dams and water purification structures to meet the increasing demands of the growing urban population as well as boost agricultural production.

As part of the financial inclusion strategy by RBZ, Point of Sale (POS) machines will be increased to 300 000 to resolve the challenge of cash shortages.

Currently, the Reserve Bank of Zimbabwe (RBZ) is in the process of distributing 100 000 POS machines across the country by 2020 to promote use of plastic money as most people have embraced it.

The number of mobile payment agents is expected to hit around 200 000 by 2028 as part of efforts to lessen the burden on the transacting populace. The move is expected to reduce queuing at banks for hard cash.

Due to the prevailing cash shortages, the RBZ has been encouraging the public to make use of plastic money when transacting.

As a result, the growth of electronic transactions has been encouraging, with the RBZ saying it now accounts for 95 percent of all transactions in retail outlets.

Government’s financial inclusion initiatives also target broadening access to the provision of vulnerable groups with financial services, which is critical for sustainable economic growth and development.

The vulnerable groups include the youths, women as well as small and medium enterprises.

Only last week, the Zimbabwe Women’s Micro-Finance Bank Limited was opened. Government has also initiated the licensing of the Youth Empower Bank Limited.

“The US$20 billion worth of foreign direct investment commitments to Zimbabwe show the country is ready for business and the economic turnaround is around the corner.

“As a country, we need foreign direct investments to re-tool our manufacturing industry so that we can further improve the already rising capacity utilisation.

“The investments will help the country to start producing optimally again so that we can start exporting goods and services, which we had ceased doing a long time ago.

“Once companies like the NRZ and Zisco Steel are back on track, revival is certain,” said Mr Jabangwe.

The country’s growth trajectory has been boosted by the firming global commodity prices and a good agriculture season.

admin2 years agoNovember 26, 2020
205
BY: REUTERS CAIRO – Egypt has awarded 82 exploration blocks to 11 companies in an international bid round for mineral exploration,...