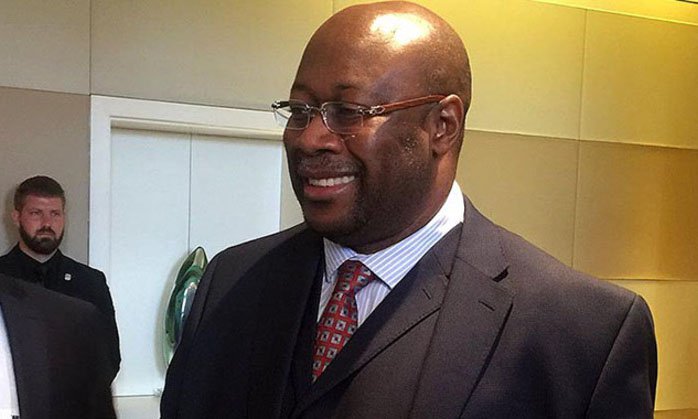 Most of the $15 billion investment commitments to Zimbabwe, the bulk of which are in the mining sector, are progressively coming to fruition, with the $4,2 billion platinum project bankrolled by Cyprus firm — Karo Resources — set to be commissioned on June 23.

Government has already set up an inter-ministerial committee to facilitate the seamless implementation of the deal.

Another firm, Premier African Resources, which is listed on the Alternative Investment Market (AIM) of the London Stock Exchange (LSE), is understood to be fundraising for the $64 million needed for the Zulu Lithium Project located 80 kilometres from Bulawayo.

Similarly, Australian Stock Exchange (ASX)-listed Prospect Resources announced on Monday last week that it had roped in JR Goddard to mobilise “plant and equipment immediately” for its Arcadia Lithium Project — located 38 kilometres from Harare — with the ground-breaking ceremony expected in the coming weeks.

About $55 million will be used for the first phase of the project.

Deals for coal, coal-bed methane, gold and asbestos are understood to be at different stages of execution.

“Actualisation of the Karo Resources project is well on course and we will have the ground-breaking ceremony for it on June 23, which will be a Saturday.

“We have also formed an inter-ministerial committee that has been meeting frequently to set the trajectory towards implementing the deal,” said Mr Chitando.

“On May 15, we held a meeting which reaffirmed the implementation milestones that we have, which include dates for the ground-breaking ceremony. We will also announce other implementation issues as we go,” he said.

The $4,2 billion deal was signed on March 22 in Harare by Mr Chitando and Karo Resources chairperson Mr Loucas Pouroulis at a ceremony attended by President Mnangagwa, VP Kembo Mohadi and senior Government officials.

Mr Pouroulis has more than 50 years experience in the mining sector and is renowned for founding Petra Diamonds, which is listed on the London Stock Exchange (LSE) and is currently valued at $560 million.

In 2006, he also founded the $480 million Tharisa – listed in Johannesburg and London – and produced 1,3 million tonnes of chrome concentrate and almost 144 000 ounces of platinum last year.

The South African mining entrepreneur also founded Eland Platinum in 2005, but the venture was sold two years later to Swiss-headquartered Xstrata – the world’s largest producer of ferrochrome – for $1 billion.

Substantial headway has been made in lithium mining ventures as well.

According to Minister Chitando, a number of projects are presently under implementation.

“We held a lithium symposium at the recently held Chamber of Mines Conference in Victoria Falls and it helped us to take stock of progress on the lithium ventures.

“We have a number of these projects that are being implemented after confirmation of viability of the resource. One of the projects will see production starting in June this year.

“We are also on course in terms of establishing a pilot project to unpack lithium value. What it entails is that you mine the ore concentrate which you then upgrade to a higher value product. Lithium carbonate above 99,5 purity will go straight to battery manufacture.

“The pilot plant is already operational in Kwekwe to upgrade lithium concentrate to carbonate.

“To add to this, there are also two other lithium mining projects at feasibility studies level,” he said.

Last week, spokesperson of Premier African Minerals, Mr Fuad Sillem told The Sunday Mail from his London base that the firm is lining up a $64 million investment for its Matabeleland North venture.

“We completed a scoping study on the Zulu Lithium Project at the end of last year. The study demonstrates a technically feasible and economically robust lithium project.

“We are looking at securing the funding as soon as possible.

“We are currently in discussions with a number of strategic groups with regards to the financing of the feasibility study of the project.

“We have invested a significant amount of capital on exploration drilling, resource estimations, metallurgical test work and other engineering studies. The project will cost around $64 million to build, with peak funding requirements of only $38 million. The project will generate 452 direct jobs and make a significant contribution to the local economy,” he said.

Government, he said, has been very supportive.

Further, Minister Chitando said Government is presently rolling out programmes that are designed to lead to an annual gold haul of 100 tonnes in the medium to long term.

“For gold, we have a project that we are undertaking for refractory ores, which is gold that is difficult to process but is available in large quantities. We are going to commission a plant for refractory ores in the next three weeks. We are also going to set up small-scale miners’ gold centres. All this is part of our vision to achieve 100 tonnes of gold per annum.”

Great strides in asbestos production have been made, he added.

“There are 200 people already employed in Mashaba for dump processing. Another 800 will be recruited by July. In addition, there is a feasibility study being carried out to reprocess up to seven dumps to extract not only asbestos, but other minerals in the dumps. The sampling and metallurgical work is happening.”

He said other projects for coal and coal-bed methane are on course.

“Coking coal production will start in Hwange in August. There will also be upscaling of production of Zambezi. We will also operationalise Liberation Mining in Gwayi; then there is the preparation for commencement of work at Monaf Investments in Binga. All these projects will see Zimbabwe producing over 8 million tonnes of coal per annum in 2019.

“For coal-bed methane, we have three projects underway, this will include projects for electricity generation, production of diesel and other by-products.”

Since taking office last November, President Mnangagwa’s business-oriented administration has signed deals worth US$15 billion, most of which are greenfield investments.

President Mnangagwa set up a Ministry of Presidential Affairs and Monitoring of Government Programmes to eliminate the inertia associated with Government bureaucracy.

admin5 months agoMarch 6, 2021
48
“The semiconductor topic is a very serious one because the whole industry is affected,” Oliver Blume, chief executive of Porsche,...

admin6 months agoMarch 5, 2021
59
The UK economy is like a "coiled spring" ready to release large amounts of "pent-up financial energy", the Bank of...

admin8 months agoDecember 24, 2020
57
Prices have already surged to highest in more than six years  Inflation fears are drawing investors back to resources sector...