The Chamber of Mines of Zimbabwe (COMZ) has predicted that the country’s mining sector will grow by 10% this year, as the country targets $3.7bn from mineral exploits over the same period.

The Chamber held its annual general meeting last week in Victoria Falls, where President Batirai Manhando reported that ten out of 14 minerals recorded increased volumes in the first quarter of this year, compared with the same period last year. The country’s mining sector was also reported to have grown by 8.5% overall last year.

“Notable increases are in gold, up 53%, coal 46%, nickel 18%, and cobalt, 13%,” said Manhando, who also explained that a price recovery in gold, nickel and chrome had contributed to the overall growth of the sector.

While capacity utilisation increased from 65% to 71% from 2016 to 2017, particularly improving the mining of chrome, coal and diamonds, Manhando still considers there to be inefficiencies and financial confusion within Zimbabwean mining.

For instance, the Zimbabwean Government imposes non-tax-deductible royalties on mined minerals, such as a 15% tax of the value of diamonds and 5% of the value of gold, which restricts growth in the sector. Furthermore, the high costs of the country’s mining infrastructure, from high electricity prices to expensive materials, undermines profits.

The mining sector is expected to grow to be an $11bn industry by 2022, and an $18bn industry by 2030, but this development could be undercut in the short term. The COMZ originally predicted that the industry would need an investment of $7bn over the next five years to maintain existing operations, but this figure was revised to $11bn at the meeting.

“Our quest is for the government to provide [a] stable, competitive and optimal fiscal framework for the mining industry and simplify the fiscal regime from the high multiplicity of tax heads, tax regulatory instruments and collecting agents to a few tax heads, instruments and agents in order to reduce the burden of compliance,” said Manhando.

admin3 years agoJanuary 9, 2020
179
By Reuters Nov 26 (Reuters) - Australia’s Evolution mining on Tuesday agreed to buy Canadian gold mining complex Red Lake from Newmont Goldcorp Corp for $375 million in cash. Evolution also agreed to pay an additional $100 million upon new resource discovery at the mine. The acquisition will be funded through an A$600 million ($407.16 million) loan facility, the company said in a statement. $1 = 1.4736 Australian dollars Reporting by Shreya Mariam Job in Bengaluru Editing by Chris Reese... 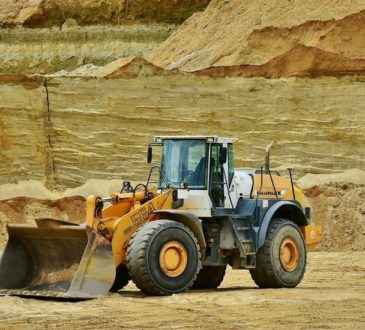 admin5 years agoAugust 26, 2020
271
Golden Sibanda recently in Victoria Falls THE Chamber of Mines of Zimbabwe (CoMZ) has projected the mining sector to grow...