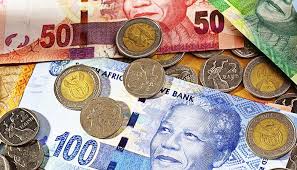 Indian firm Balasore Alloys says the deal to acquire 70 percent shareholding in ferrochrome producer ZimAlloys is still on, insisting the $90 million deal will be sealed soon if all conditions are met.

This is despite earlier indications that the deal was unlikely to go through after Balasore failed to demonstrate ability to pay for the shareholding for the ZimAlloys.

BAL, listed on the Bombay Stock Exchange intends to buy 68 percent stake of ZimAlloys from local consortium Benscore, which currently owns 83 percent stake and 2 percent owned Rose Market Investments. The deal will also see Balasore, one of the large ferrochrome producers in India, clearing the pre-judicial liabilities of ZimAlloys comprising secured and unsecured creditors worth $35 million.

Balasore, a Pramod Mittal group entered into a deal to acquire majority shareholding Zimbabwe Alloys consequent upon a scheme of arrangement sanctioned by the High Court on December 20, 2017. The company received the approval on January 8, 2018. The deal involves a cash payment of $16,5 million for acquisition of 70 percent shares from existing shareholders, according to Balasore.

It would also entail a further payment of $74,3 million to creditors towards injection of working capital and for capital expenditure. Investments in capital expenditure for refurbishment or replacement of the existing plant valued at about $300 million would be made in the next three years, according to Balasore.

In a statement, Balasore said the deal was still on and was working on meeting the condition precedent. “We can assure you that the deal is still alive,” said Balasore.
Last week, sources told Business Weekly that Balasore was supposed to have paid the purchase price by the first week of February, but six weeks after the deadline, the company had not yet paid as per the scheme of arrangement sanctioned by the High Court.

The sources said the company had only $10 million and wanted to borrow $80 million from the local banks.

Sources said the company was coming up with different ridiculous payment proposal, which were outside the scheme of arrangement sanctioned by the court in December.

The sources also said Balasore approached the Ministry of Mines and Mining Development seeking a license to export fines before setting up beneficiation facilities.

Further checks on Balasore have revealed that the company shareholders have strong links with Global Steel Holdings, which in 2004 wanted to invest in Zimbabwe Iron and Steel Company but the $400 million deal fell by the way side after it emerged the investor did not have the financial and technical capacity to revive the steel giant.

Balasore said the takeover would provide opportunity for Balasore to penetrate chrome ore business and to become a dominant player in the global ferrochrome market.

The company said several large producers and users of chrome ore and ferrochrome mainly from China visited the plant and expressed interest in buying the resource.

“To cash in on the opportunities, BAL has signed MOUs with reputed Chinese buyers. This will thus ensure of large volumes of chrome product of ZimAlloys to these buyers at attractive prices. Balasore has also had several rounds of discussions with a reputed company which is one of the globally top metal trading companies in the world and the largest exporter of chrome ore,” Balasore said.

The company was now evaluating “all available” offtake proposals which would be finalised soon.

ZimAlloys was founded in 1949 by a consortium led by John Brown Group. In 1965, it was taken over by Anglo America Corporation, which it disposed of to Benscore Investments 40 years later. ZimAlloys was the first company in Africa to own ferrochrome plant.

ZimAlloys holds about 20 000 hectares of chrome claims in different parts of the country, which has proven resources of 72,25 million tonne of chrome ore. Apart from this, Zimbabwe Alloys Chrome, a wholly-owned subsidiary of ZimAlloys owns a ferrochrome smelter.

Of its claims, only 15 percent has been explored Zimbabwe holds the world’s second largest chrome ore reserves after South Africa.