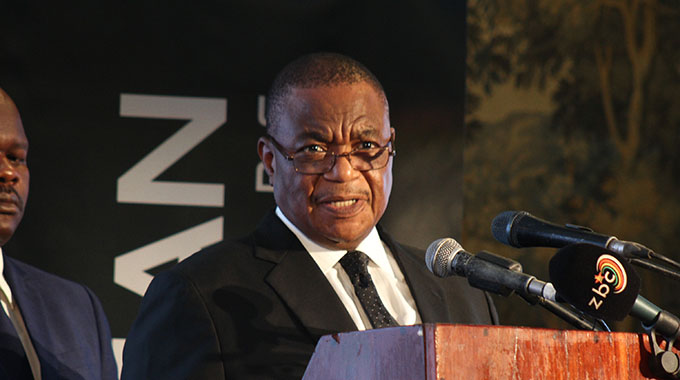 Vice President General Constantino Chiwenga (Retired) has said the forthcoming harmonised elections should not affect the decision-making of investors, as Government will ensure that they are held in a peaceful environment in line with Sadc and African Union guidelines.

VP Chiwenga, who was the Acting President, said this while officially opening the Zimbabwe Mining Investment Conference in Harare yesterday.

“We will soon be going for the harmonised elections,” he said. “There is no need to worry about political uncertainty and this should not adversely affect your investment decisions.

“My Government is fully committed to the holding of free, fair and credible elections which are in line with Sadc and AU principles and guidelines governing democratic elections.”

The elections dates have not yet been announced, but are expected in the next few months.
VP Chiwenga said the mining sector remained critical for the revival of the economy, with the country endowed with over 40 different types of minerals.

“The mining sector remains critical to the economic development of Zimbabwe, the sector continues to be a major foreign currency earner and has a potential to become a pillar of economic growth through value addition and beneficiation,” he said.

“Zimbabwe has a huge and diversified mineral base characterised by over 40 different minerals. Opportunities exist in the entire mining value chain from exploration to beneficiation.”

VP Chiwenga said the minerals included gold, diamonds, chrome, coal, nickel, natural gas, lithium and graphite.
“The mining sector, therefore, remains pivotal to our economic recovery and growth as it contributes significantly to the GDP and by nature mining is labour intensive and empowering given that there are backward and forward linkages between mining and the rest of the manufacturing sector,” he said.

“We will continue to pursue infrastructural development policies that will enable our country to reap the full benefits of its long held potential,” he said.

“In the same vein, my Government calls for smart mining which identifies and classifies small- and large-scale miners and their challenges and needs addressed separately and holistically.”

VP Chiwenga said Government would respect internationally accepted responsibilities and obligations.
“From the onset, I have unequivocally stated that Zimbabwe is now open for business,” he said. “As the new leadership of the Republic of Zimbabwe under a new economic order, we commit to uphold the basic internationally accepted responsibilities and obligations expected of any member of the global community, while retaining our God-given sovereign right to self-determination.

“In this context, my Government has started rolling out a raft of positive measures in order to enhance Zimbabwe’s competitiveness as an investment destination of choice.”

VP Chiwenga said Zimbabwe’s institutions would protect all investments made lawfully, adding that Government would not tolerate corruption.

“Our Government’s institutions such as the judiciary and legislature stand ready to ensure full protection of investments made within the confines of our laws,” he said.

“My Government has signed Bilateral Investment Promotion and Protection Agreements to reinforce the promotion and protection of foreign investments.”

VP Chiwenga urged the investors to take advantage of the peace prevailing in the country and invest.
He said Government had modernised the indigenisation and empowerment policy as part of measures to attract investment, saying the 51-49 percent ownership threshold would only apply to platinum and diamond.

The conference was attended by various local and international investors and several Government officials.