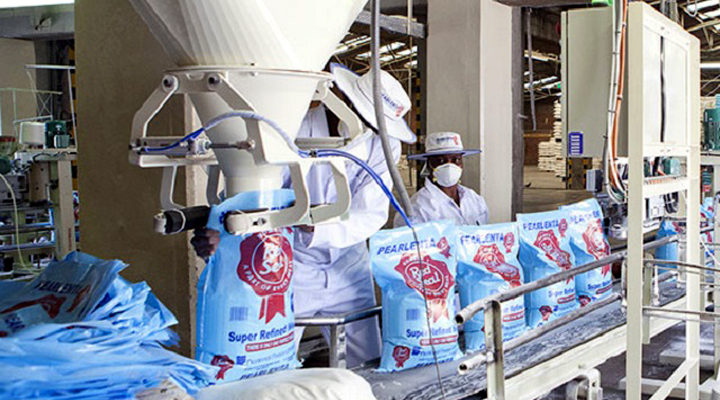 Natfoods has been on a continuous exercise to enhance its production processes, mainly by replacing old equipment with modern machinery and equipment, as well as automating a number of processes with a view to achieve efficiencies.

Its oldest piece of equipment was 90 years old a few years ago and Zimbabwe’s biggest food processor was spending a considerable amount every year since dollarisation on the equipment.In 2013, Natfoods said its equipment replacement programme was on track and was investing millions on the flour mills.Natfoods intended to fund the recapitalisation from internal resources.

In 2010, Natfoods closed its flour milling plant in Bulawayo citing operational, logistical and capital constraints, leaving many bakeries that relied on the mill for flour in the city stranded.However, the flour plant was reopened the following year enabling the company to boost flour production and create more jobs.Group chief executive officer Michael Lshbrook, last year said Natfoods would top $40 million by the end of this year.

“Natfoods total capital expenditure since dollarisation is $35,8 million. This is for the financial period 2010 to 2017, inclusive. Most of this capex has been directed towards process improvement. While our plants are operating efficiently and effectively, the journey is never complete and we continue to reinvest in our operations,” Mr Lashbrook said.

Lashbrook last year said the company had been steadily upgrading its plants since dollarisation with a view to match the level of plant modernity one could find anywhere in the region.He also said they were looking at growing the grain and cereals milling giant.Mr Lashbrook said Natfoods was investing for the future as well as go into new categories or areas of growth.

National Foods Holdings Limited (Natfood) is a diversified, Zimbabwe Stock Exchange listed conglomerate, which has grown to be one of the largest manufacturers and marketers of food products in Zimbabwe and the Southern African Region.

Meanwhile, Mr Lashbrook said that Natfoods is now buying local maize from the Grain Marketing Board under a deal arranged by the Grain Millers Association of Zimbabwe on behalf of all millers.

Natfoods said last year it had been negatively affected by the high price offered by the Grain Marketing Board (GMB) for maize, which saw its profit fall to $13,7 million in the financial year ended June 30 from $14,2 million recorded in the prior year.

Profitability was negatively impacted by a poor performance in the maize division, which saw the reduction of volumes by 70 000 tonnes.Volume performance was disappointing with 506 981 tonnes sold representing a decrease of 10 percent over prior year.The milling company said its maize unit was significantly impacted by an increase of subsidised maize provided to consumers by Government following the disappointing 2015-16 harvest.

Further, GMB priced its commercial offering very aggressively, culminating in the maize division recording a loss for the year, Natfoods chairman Todd Moyo told an analysts briefing.The company had also been worried the elevated price at which GMB sold to millers, which is way above regional prices, would continue to negatively impact profitability.

admin1 year agoMarch 6, 2021
126
“The semiconductor topic is a very serious one because the whole industry is affected,” Oliver Blume, chief executive of Porsche,...

admin1 year agoMarch 5, 2021
133
The UK economy is like a "coiled spring" ready to release large amounts of "pent-up financial energy", the Bank of...