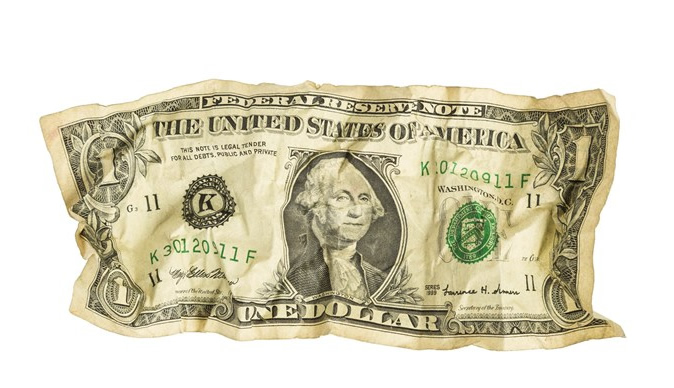 From Bulawayo24 by Dr Masimba Mavaza

It is true that businesses in Zimbabwe discuss major business deals and even small purchases with the cost listed in US dollars, even when the US is not involved in the transaction. The US dollar is viewed by many as the “unofficial world currency”.  But the reality is Zimbabwe is not the world. We can not have someone controlling the money we are supposed to control as well. Governor in the bank of America has no interest on Zimbabwe. Running an economy on a borrowed cash is pathetic.  Time for politicking is over, results can not be promised forever. Demagogs never change lives but only change minds.  Changed minds only become make belief. You can not put the mind on the table but food. People out there now need food on the table and that needs no command economy. It needs real non partisan action.

US dollar has its history and its history is not Zimbabwean grown
Up until the end of World War II the British Pound was one of the world’s dominant currencies and was frequently used in international business transactions. However, the war significantly weakened the British economy and the scope of the British Empire. Due to its stability and the fact that the US dollar was backed by gold reserves, it quickly proved a popular choice for countries to tie their exchange rates. It should be noted that foreign exchange values place a significant value on political and economic stability. Since the US has a long history of both, the designation remained even after the US abandoned the gold standard in the 1970s. The US dollar has never been devalued and all currency that has ever been issued by the US government remains legal tender.

Another factor in the worldwide use of the dollar is the currency’s acceptance. The currencies of many wealthy countries, including Russia and China, are not accepted worldwide. This greatly limits the ability to use the ruble and yuan for international transactions. The same criteria can be used for many of the currencies of the oil rich Middle Eastern countries. It is estimated that as much of as 80% of all transactions in Asia are made in dollars.

The biggest question is what are we as Zimbabwe trading.  We are not the only country which uses the US dollar.

There are so many countries indeed
It comes as a surprise to many that various countries do not have their own currency and instead use US dollars for all transactions.  The official currency of the following countries is the US dollar.

There are also a number of countries where most shops and businesses will readily accept US dollars. They include:

Canada- especially cities near the US border
Russia
Panama – Panama actually has two “official” currencies, the Panamanian balboa and the US dollar. Both are equal in value.
The Bahamas – Like Panama, the Bahamas have two official currencies. The currency of the Bahamas is also called the “dollar.” The two currencies are equal in value.
Turks and Caicos Islands
Vietnam – Merchants have long accepted US dollars however the Vietnam State Bank is attempting to crack down on businesses that accept or list prices in US dollars.
Cambodia
Nicaragua
Belize
Many of the islands in the Caribbean also will accept US dollars as payment.

It should be noted that, although the US dollar is very prevalent, it is not the only currency that has fairly wide acceptance. The South African rand, the Australian and New Zealand dollar and the euro also are accepted outside their countries. Even the Russian ruble, which is not widely accepted, is still used and accepted in some of the former Soviet Union countries.

But the point is they have their own currency and can control it.
Our problem is trying to control what is not ours.
We can not control the speed of a car which we are not in it.
Cash problems in Zimbabwe needs Zimbabwean solutions. Zimbabwean solution is not enshrined in Slogans.
Zimbabwe is now having cash barons who are roaming the streets freely because of their proximity to the powers that be.

Arrests must cut across the board they must not be factional.
The current government has no pressure from the opposition. The opposition is busy fighting for its own survival so this is a God given window to concentrate on the economy.  We need to weed out corrupt ministers irregardless of their relationship to the powers that be.

Corruption hurts all of us and we give this responsibility to the President to stand above partisan politics and put Zimbabwe first. Criminals from both sides including opposition must be arrested their loot must be ploughed back in the community. Zimbabwe must not be held at ransom by few thugs.

How long shall we be in this quagmire.  We must be freed from this economic bondage. We must have our own currency not bond.  Bond notes have outlived their time.

A new dispensation must bring fruits now. We do not eat promises. The president promised to hit the ground running. The world is watching the speed.  How fast we run is in the foot of the president.

admin4 weeks ago
10
A new '£10 billion' train linking Barking to Beijing in 36 hours should be built to boost the UK economy,...

admin4 weeks agoJune 4, 2022
10
BANGKOK: Thailand's economy grew faster than expected in the first quarter supported by a pickup in agriculture and an easing...

admin4 weeks ago
10
US economic growth is set to outpace China this year for the first time since 1976, Bloomberg reported on Friday,...