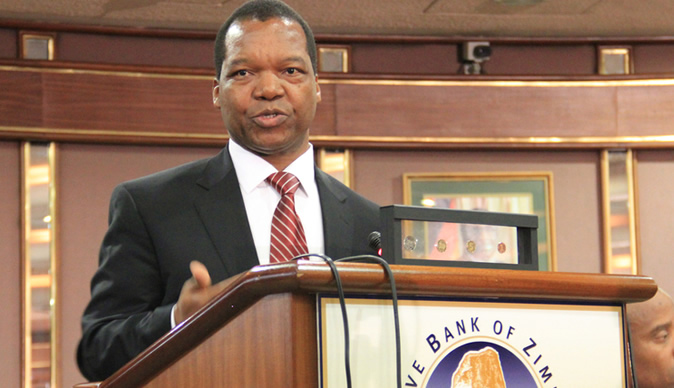 Zimbabwe foreign exchange receipts increased by 3,77 percent to $5,5 billion in 2017 from $5,3 billion in the previous year on increased exports, and diaspora remittances, central bank governor said on Friday.

Between January and November 2017, imports totalled $4,9 billion reflecting a trade deficit of $1,4 billion, according to Zimbabwe Statistics Agency (Zimstat) while diaspora remittances stood at $785 million over the same period.

Reserve Bank of Zimbabwe (RBZ) governor John Mangudya told a business meeting with tourism players that the industry should work on contributing 10 percent of foreign exchange receipts by year end.

“The country’s foreign exchange receipts went up by $200 million but people are always saying there is no foreign currency. What we have earned as an economy in terms of foreign exchange is more than finance minister Patrick Chinamasa’s budget,” Mangudya said.

“We need to sell a service. Let us use the idle RTGS balances at the banks to produce goods and services. It is a strategy to mop up the excess money in the economy and to put it into productive uses and then by so doing we increase production and exports.

Tourism and hospitality Minister Prisca Mupfumira who was also present at the meeting said the central bank’s $15 million facility to support the sector would only be accessible to tour operators registered by the Zimbabwe Tourism Authority (ZTA).

“There are number of operators who are illegally operating and offering tourism services, providing unfair competition to genuine tourism operators and are defrauding government of revenue,” she said.

admin5 months agoMarch 6, 2021
71
WASHINGTON: The US economy is rebounding faster than expected from the COVID-19 recession, outperforming the most pessimistic estimates. But some areas...

admin5 months agoMarch 6, 2021
79
WASHINGTON: US Treasury Secretary Janet Yellen told her G20 colleagues on Friday (Feb 26) that Washington is dropping a push for...

admin5 months agoMarch 5, 2021
68
SINGAPORE - Those who believe that economic integration is key for global recovery must work together to counter protectionism, Trade...