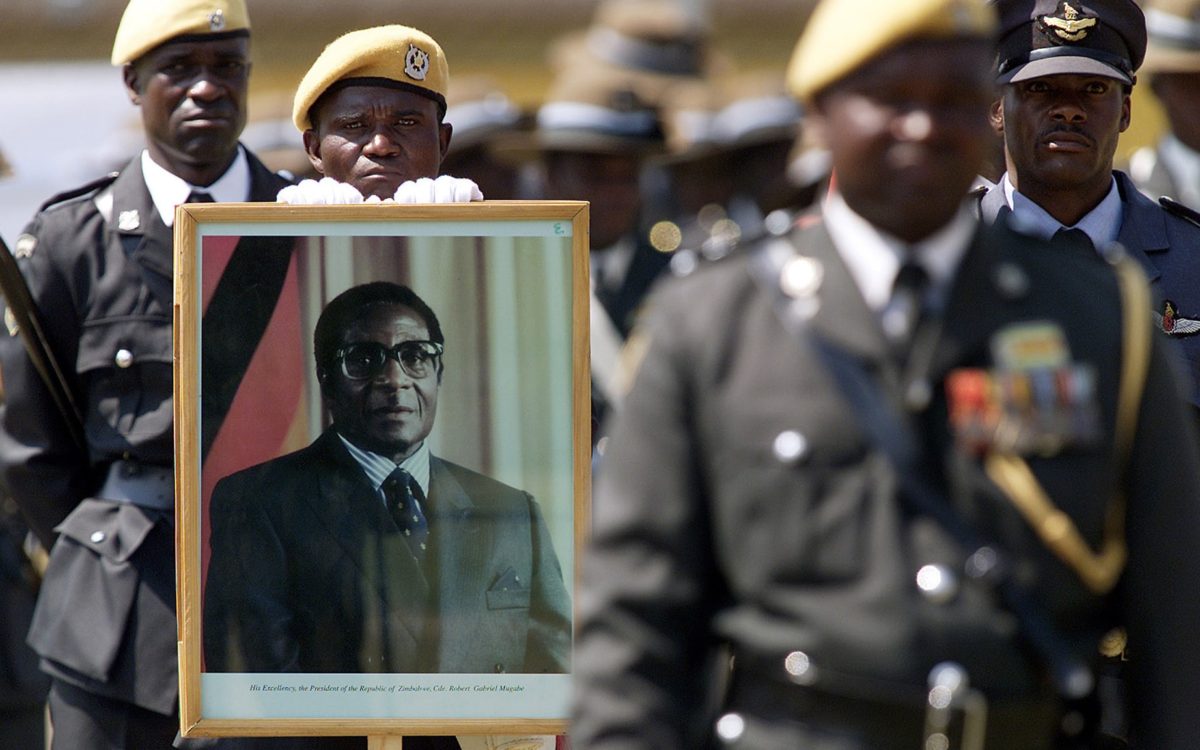 HomeEconomyZimbabwe is not the banana republic of western fancy. After Mugabe, it can thrive
EconomyOpinion
admin5 years agoDecember 9, 2017no commentNo tags
251views

On Friday, an office worker at a government building took down President Mugabe’s portrait to dust it, as she has done every day for years. Then she paused, unsure whether to put it back up. The portrait is everywhere, from supermarkets, offices and banks. There he is – Mugabe, sitting stiffly in his dark suit, peering down through thick-rimmed glasses, as the stern father looking down at us.

Much like the portrait, Mugabe has been an ever-present influence in every Zimbabwean’s life. But yesterday, as strangers hugged and stopped to dance with each other when I made my way to an anti-Mugabe rally, it seemed that he was finally leaving, with Zimbabweans looking to the future with a mix of anxiety and hope.

Everyone has imagined what they would do the day Robert Mugabe goes. They have replayed it in their minds, over and over. They would go into the streets, sing and dance and honk their car horns. They would, over a beer, toast the end of a rule that has denied opportunity to an entire generation. But his end has not been that sudden. The last days of Mugabe have, instead, been something of a soap opera. Is this really how it is all going to end, we’ve asked each other over the last days.

Many of us have known no other leader. He was sold to us as the father of the nation. Our guardian. The one who led our struggle for independence and protected us from imperialists. Watching the reign of such a dominant figure end in such a farce is not what we imagined.

The military action against him was made in plain sight. Zimbabweans stared at their phones as incredible pictures of army vehicles rolling into Harare flew around social media. That Tuesday night, few slept. The army had taken over the state broadcaster, someone said. No. It was all fake news, we said. But then, in the early hours of Wednesday, two men in military uniform appeared on the screens. We are here just for the criminals around Mugabe, they said. This is not a coup.

For a full day, there were no further updates. We scrolled through the foreign news channels desperate to find out what was happening in our own country. In the vacuum, we did what we do best. We created memesonline and joked away the anxiety. Soon we grew tired of the jokes. For years, state media had sold us the image of an invincible man. Now we watched, mouths agape, as the young ZBC presenter said the words we never thought we would hear on national television: “Zanu-PF has asked President Mugabe to step down.”

This was when we knew we had to start thinking of life without him. He has built for himself the image of a father figure who the country cannot do without. Many Zimbabweans had even come to see him as the country and now wonder what life will be without him.

In the western media, he has often been touted as the good leader who somehow turned bad midway, especially when he started taking over white-held land. Only after the land takeovers did the world start to see him as an ogre.

Zimbabweans know better. As Mugabe himself told an interviewer in 1981: “What I was, I still am.” In the 1980s, a military brigade that reported directly to Mugabe killed thousands of civilians in the south of the country. Through the 1990s, Mugabe expelled party officials who opposed his plan to establish a one-party state and make himself leader for life. Protests by unions were brutally crushed as the economy collapsed.

Now, a generation that has lived under no other leader must dare to hope. Zimbabwe is often portrayed as the standard African banana republic. We face-palm when we read distorted western portrayals of the country we live in; we side-eye the talking heads on CNN as they call us a failed state. Zimbabwe has suffered greatly, but we remain a young nation still bursting with unrealised potential. We are relieved, but cautious. The changes are a chance to start over, even though we are not quite sure what change exactly this is. Despite all the years of decline, Zimbabwe’s infrastructure – from roads to communications – is largely intact. Banks are without cash, but the financial sector is modern.

The population is young, well educated and desperate to use its idle skills. From the rolling hills in the east to the game parks in the west, Zimbabwe has some of the best tourist attractions in Africa. The country is rich with minerals, from gold to lithium, with demand for latter growing as it is used in rechargeable devices.

Yesterday morning, before Zimbabweans marched for Mugabe’s resignation, I went to the place where it all began for him. Stodart Hall is in Mbare, Harare’s oldest township. There is nothing here that suggests it is a place full of history. The light bulbs have been stolen and, at the entrance, there is a sign announcing the start times for the next prophetic healing service.

On Pazarangu Avenue, which runs past the hall, jobless youths sit on piles of bricks and prop their feet up on boxes to avoid the slime flowing from a broken sewerage pipe. Across the road, at what used to be a sports complex, a crew is preparing for a show, later that night, of Kinnah, a popular artist of the dancehall music that has become the refuge of many poor urban youths.

Nothing says that this was where Mugabe, almost 60 years ago, began his political career when a fiery speech he made sparked weeks of protest. Mugabe has come back to Stodart Hall frequently, but only to preside over the funerals of his dead war comrades. The hall is used for such occasions. At the National Heroes Acre, the burial place for heroes of the struggle, a sculpture of Mugabe stands fixed to a towering wall. Many who lie here sacrificed more, but it is Mugabe alone who stands immortalised in bronze, chest thrust forward, flag fluttering behind him.

On one visit, Kingston Kazambara, the curator, looked up at the massive piece of North Korean art, and gushed: “That’s none other than His Excellency, Comrade Robert Gabriel Mugabe, majestically, triumphantly, bravely guiding his flock forward to a new future.”

Now we must imagine a new future without him, and without the portraits of a big man looking down on our every move.

Ranga Mberi is a Harare-based journalist